You are here: Home / 4 Shocking Reasons the Bible is Unique (Reason 1)

In yesterday’s post I suggested that if we understand the inspiration of God as the “whisperings of God” then it makes sense to think that God has been whispering truth not just to the authors of Scripture, but also to people who wrote the writings of other religions. And yet, I do not believe that this makes the writings of other religions equal to that of Scripture. The Bible is unique.

The first reason the Bible is unique among all the writings of the world religions is that the Hebrew Scriptures contain an early unmasking and critique of what René Girard calls “mimetic rivalry” which he claims is not found in any other religious writings. 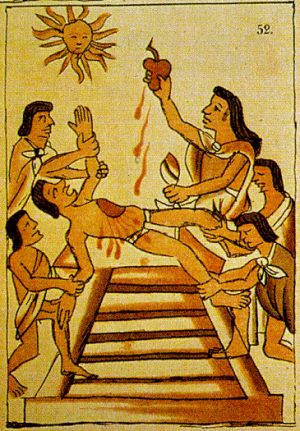 In his books, Girard goes to great length to show how rivalry between humans develops and how this rivalry leads to violence, until eventually, this violent rivalry evolves into blaming and violently killing an outside third party so that the original two factions can once again live at peace.

Girard shows how this theme is found everywhere in ancient mythology and religious writings, but how only the Hebrew Scriptures begin to reveal that the third party, upon whom blame was laid for the original violence, was really an innocent scapegoat.

It is this unmasking of the scapegoat mechanism which led Girard to believe that the Bible was unique among all religious literature, and therefore, uniquely deserving of being called “inspired.”

The Hebrew Scripture contain a truth which is not found in any other religious literature in the world, and which could not have come in any way, shape, or form from the mind of man.

As such, this truth proves that Scripture is inspired of God. What truth is that? It is, to use René Girard’s terminology, the single victim scapegoat mechanism.

The Scapegoat Mechanism Revealed in Scripture

Though all religious literature contains stories of scapegoats and victims, all religious literature also assumes the guilt of the scapegoat victim and the innocence of the crowd that kills them. It is the Hebrew Scripture alone throughout all the religious writings of the world which reveals the guilt of the crowd and the innocence of the scapegoat victim (I See Satan Fall Like Lightning, 114, 107-120, 184).

Such revelation could have come only from God.

This divine revelation which is only hinted at in the Old Testament is made explicitly clear in the New Testament, and especially in the Gospels. “The Gospels reveal everything that human beings need to understand their moral responsibility with regard to the whole spectrum of violence in human history and to all the false religions” (I See Satan Fall Like Lightning, 125). 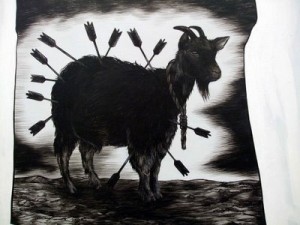 When God does finally reveal Himself in the person and work of Jesus Christ, the pinnacle and apex of this revelation is seen on the cross where Jesus takes the sin of the world upon Himself and dies as a criminal for all to see.

There, on the cross, when God truly reveals Himself as He is, and in the process also reveals His vision for mankind, there is no hint of violence to be seen. Instead, God is most fully revealed as God when He soaks up the sin and violence and evil of the world onto Himself, and allows people to think of Him as accused, outcast, accursed, despised, and rejected.

On the cross, God becomes both the curse and the cure for the sin of the whole world.