You are here: Home / The Bible is Inspired … And so are other religious writings (Wait … What?!)

In some previous posts, I have suggested that the term “inspiration of God” in 2 Timothy 3:16 could be understood as the “whisperings of God.” 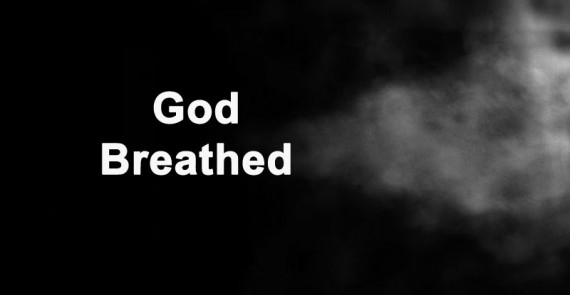 In this post, I want to float out an idea which has been bouncing around in my head recently, and which I am submitting for your input and comment.

Is the Inspiration of God Only for a Select Few?

The way some people talk about the Bible, it seems that God’s whispering of truth was only heard by a small group of Middle Eastern men for a few brief centuries. In other words, since Moses began writing the Pentateuch (Genesis–Deuteronomy) around 1400 B.C. and since the last book of the Bible was written around 400 B.C., are we to believe that throughout all history and around the entire world, God was only whispering to a select few individuals for only a few brief centuries?

The Old Testament contains 39 books written by less than 30 men over the span of about 1000 years.

Did God only whisper truth to these few people who lived in a tiny section of the world for such a brief period of time?

Based on what we know about God, it is preposterous to think so.

God has communicated with many others

Many of them were women (e.g., Miriam, Deborah, Ruth, Esther), and there are numerous hints within Scripture itself that God was whispering His truth to people who were not even Israelites (e.g., Melchizedek in Genesis 14:18-20; Balaam in Numbers 22–24).

For example, why couldn’t there have been men and women living in the Far East to whom God graciously whispered truth?

Why couldn’t there have been a Native American tribal leader to whom God whispered truth about His creative power and His dominion over all the earth?

Why couldn’t there have been a hardworking clansman from Northern Europe to whom God whispered truth about the origin of all things and the imminent arrival of One who would defeat evil once and for all?

This is not too hard to believe, is it?

If God truly is the God of all, then why would God not reveal more of Himself to people all over the world who responded to revelation He had already provided through creation and in their conscience?

In fact, Scripture seems to indicate that this is exactly what God was doing.

The Universal Inspiration of God 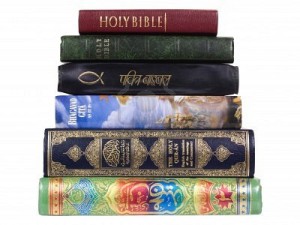 Quite likely, many of these people saw that creation was red with tooth and claw and wondered what kind of deity would create such a place. Many of them, seeing the love and care that family members often showed for each other, wondered what such relational love among human taught us about the God who created humans. Many of them, looking at the innumerable stars, wondered about the power and glory of the God who created such beauty.

And it is not wrong, I think, to assume that in all these situations, God was there, through the universal presence of the Holy Spirit, whispering His truth to people who lived in all corners of the world. How could it be otherwise and God still be all-knowing, all-present, all-powerful, and all-loving? If God did not whisper truth to people who were seeking Him, what kind of God would He truly be?

Furthermore, what if some of these people to whom God whispered His truths wrote down the things they were seeing, thinking, and learning?

What if various people in Asia, as they contemplated the things they were seeing in nature and hearing in the whispers of God, wrote down what they were learning? Is that too far-fetched to believe?

What if someone in Northern Europe wrote down the stories, legends, and teachings that had been passed down from generation to generation—the stories about the struggle between good and evil and how a day was coming when good would ultimately triumph over evil? Is that so unlikely? In his book The Scapegoat, René Girard points out that the central themes of the Gospel Passion accounts are also found in all world mythologies (101).

The Universal Whisperings of God

It is this universal whispering of God to people all over the world and throughout time which can partially account for some of the similarities in ideas and belief systems for groups of people all around the world. In this way, all religion is a strange mix of God’s whisperings to mankind and mankind’s idolatry.

In this way, we are not making the Bible less inspired as much as we are saying that other religious writings are more inspired than previously believed.

No, they are not inspired in the same way or to the same level as the biblical accounts, but in some way or another, other religious writings do contain wisdom, insights, and truths which God, by His Spirit, was whispering to people all around the world and throughout time. Sometimes what they wrote was a purely human invention, and sometimes what they wrote was demonic in origin, but if the Spirit of God moves where God wills, and if God’s will is to reveal Himself to all people around all the world and throughout all time, then who are we to say that God’s Spirit was not whispering truth to people in ancient Egypt, Greece, Norway, China, or North America?

Please note this word of clarification: I AM NOT saying that the other religious books are inerrant. Not at all. There is a huge difference between people hearing what the Spirit is whispering to people all around the world on the one hand, and writing inerrant Scripture on the other. And as to the Spirit whispering truth to people all around the world, what is the problem with this? Doesn’t Jesus say as much in John 16:8?

The Bible is inspired in that it reveals what God was whispering to people who wrote Scripture, and to people in other parts of the world who were also responding to the revelation which they had received from God (whether it be through creation or conscience).

This does not mean that the Hebrew Scriptures are not unique in the world. They are. They are unique in numerous ways, four of which will be looked at in the next four posts.

Until then, am I off my rocker? Is this going “too far”? Or do you think it is possible that the “whisperings of God” as I have described it here might actually be more widespread than we Christians usually assume?