You are here: Home / Why are there 400 years of silence between the Old and New Testaments?

The last couple weeks I have been working my way through dozens of Bible and theology questions which people have submitted through that “ask a question” area in the sidebar. The following question is about the years of silence in the Bible, not just the 400 years of silence between the Old Testament and New Testament, but also the other periods of silence that are between certain sections of Scripture. 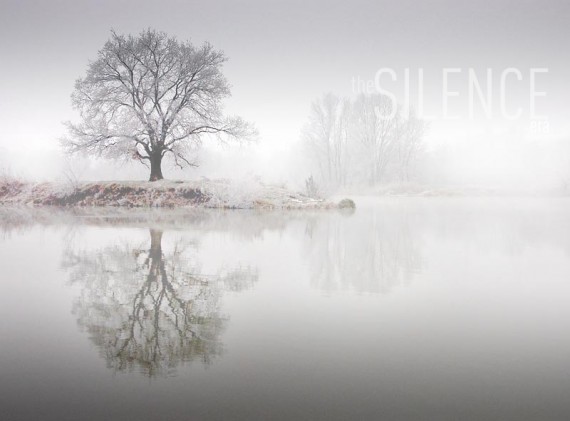 Here is the question that was submitted about these years of silence in the Bible:

Why did God leave out hundreds of years of documentation between certain books of the Bible?

Below is my answer…

I sometimes think that when people ask this question, the “question behind the question” is “Why isn’t God speaking today?”

I am not saying you are asking this question, but some do…

So let me try to answer your question by framing it properly. The answer to your question about the years of silence in the Bible (and the question of why God seems silent today) is found by stepping back and looking at the wider picture. 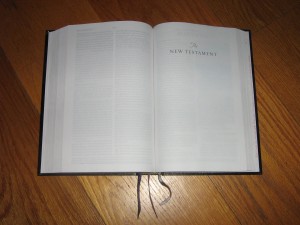 When most people ask this question, they are primarily referring to the “400 years of silence” in between Malachi and Matthew. I will try to explain what was going on during those years, but really, the question of God’s so-called “years of silence” is much more complex.

For example, it is not just the 400 years of silence between Malachi and Matthew where we have no books in the Bible. Other than a few chapters, we have almost no books in the Bible from the years between creation and the call of Abraham. While more liberal scholars believe this period of time lasted millions (or billions) of years, even the most the most conservative biblical scholars say that there was about 2000 years between Genesis 1 and Genesis 12. That’s a lot of time for only 11 chapters of biblical history.

But the problem is even worse than that.

Even if we consider the 2000 years of history that are recorded in the Bible, these biblical records only cover the tiniest fraction of human events that took place during these two millennia. In other words, even though we have roughly 2000 years of biblical history in Scripture, these records only cover some of the events of some of the people who lived in a tiny, remote, relatively insignificant corner of the world.

Why, for example, does the Bible not record a single word of what was going on in Asia? Or North and South America? Or Australia? There were certainly important events going on in those places, right? God was at work in those other countries as well, was He not? Why then do we have no biblical records of what God was doing in these other places? Why is there nothing but years of silence regarding God’s work in the rest of the world?

Only by framing the question this way are we now in a position to answer it.

Obviously, God could not have recorded everything from every event in every place in the world and given it to us in the Bible.

So why did God leave out hundreds of years of documentation on the Bible? For the same reason He left out thousands of years and trillions of events from the rest of human history.

God is always active, is always speaking, is always involved, is always answering prayer, and is always working to accomplish His will in the world… even when He is not having people write about it. The things that God has recorded in Scripture are enough for us to go on. We need neither more nor less. What is written is what is needed to know and believe what God is like, what God is doing, and how we are to live and function in this world.

And this brings us back to the unasked “question behind the question.” As I indicated at the beginning of my answer, when people ask why there are 400 years of silence in the Bible, the unspoken question is sometimes, “Why does God seem silent in my life?” 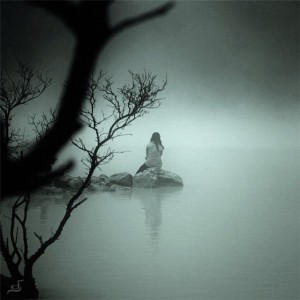 But God’s apparent silence throughout most of history is not because God was absent or inactive, but simply because it takes eyes of faith to see where God is at work even when He doesn’t have someone write about it.

So also in our own lives.

Even if it seems your prayers seem bounce off the ceiling, even if you do not sense God’s presence, even if God feels absent and silent, the reality is the exact opposite. God is with you. God loves you. God hears your prayers, knows what you need, and is involved in your life. He is there and He is active.

It takes eyes of faith to see God’s hand at work in our lives, even when it seems God is absent or silent.

If you want to weigh in on this question, please feel free to add your comments below. Also, please consider sharing this post on Twitter and Facebook below because then others can benefit from the discussion on this theological question.