You are here: Home / Allegorical Genocide 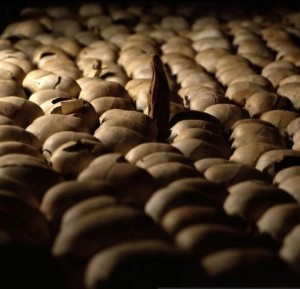 We are working our way through some of the views about how God could command the Israelites to kill and annihilate various people groups as they entered Canaan.

The bottom of this post contains links to some of the other views we have looked at so far. After I get through summarizing the views, I will present my own view, which (so far) I have not read anywhere else.

The view in this post is quite similar to the view which believes the Bible is wrong. Christians who hold this view simply cannot believe that the God revealed in Jesus Christ would do the things that Yahweh is said to be doing in the Old Testament. Those descriptions of God are clearly wrong.

But whereas the people who hold the previous view state that the Bible is in error, there are other Christians who argue that these passages are not in error, they just should not be interpreted literally. Instead, they must be understood allegorically. The tough texts of the Hebrew Scriptures which have God commanding Israel to go kill men, women, children, and animals are taken out of their historical context, and are given spiritual meaning which fits with what we find in the New Testament.

Allegorical Interpretation was Popular in the Early Church

This view was the dominant view of the Early Church Fathers, and is how most of them taught and understood these Old Testament texts. 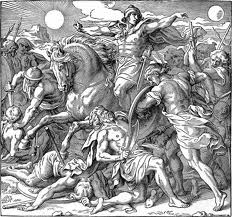 They believed that since the portrayals of God in the Old Testament do not accurately reflect the values and example of Jesus, then there must be a way of properly understanding the Old Testament when does reflect the values and example of Jesus. And to get at this, they allegorized most of the violent portrayals of God in Scripture. That is, they explained them away by spiritualizing them.

By spiritualizing the text, they were able to remove it from its historical context and pull spiritual meaning from it that applied to their congregations and which fit the message of Jesus and the rest of the New Testament (cf. Eph 6:10-20).

Though few people today practice true allegorical interpretation of Scripture, it is nevertheless quite common for modern pastors and Bible Study leaders to spiritualize difficult Old Testament texts so that they can be applied to the lives of modern people.

One of the challenges of preaching is how to teach these difficult Old Testament passages in a way that is meaningful and helpful for modern Christians. One direction that many pastors go is by transporting the historical reality of God’s war against the Canaanites to the spiritual reality today of our war against spiritual forces of wickedness.

Such a move is not necessarily wrong; it just does not properly face the difficult challenges of understanding how and why God commanded Israel to wage war against the Canaanites and Amalekites in the first place.

Though allegorically spiritualizing the text may be a popular way of teaching and applying the ancient text for modern minds, it does not do justice to the ancient texts or the problems they contain.