You are here: Home / Common Solutions to the Problem of Violence in the Old Testament

As I try to work my way toward developing a solution to the problem of violence in the Old Testament, I thought it would be good to briefly summarize some of the common ways of dealing with divine violence in the Hebrew Scriptures. 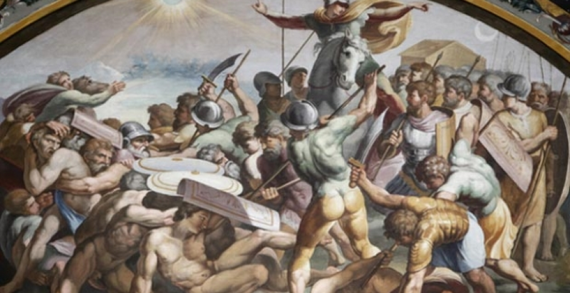 Certainly, these are not ALL the solutions, but just the three most popular. But even most of the alternative solutions are similar to one of these three. Anyway, you may have guessed by now that I am not comfortable (or satisfied) with any of these three popular solutions. I am not certain that my own solution will be satisfying either, but that is why I am writing these posts… to flesh out the idea that is rumbling around in my head and see if it can fit within Scripture and theology.

So, here are the three most popular solutions to the problem of divine commands for mass murder in the Old Testament.

1. God is God and Can Do What He Wants

The first solutions is surprisingly popular among many Christians today, especially those who highly value the “sovereignty of God.” They say something like this: “God is God and He can do what He wants.”

This is the basic view of people who believe that God sends hurricanes, earthquakes, and tsunamis on cities, and diseases and pestilences on people to punish them.

The strength of this view is that it allows a straightforward reading of Scripture and allows you to easily affirm the full inerrancy of Scripture.

The problems, however, are monstrous. Literally. In my opinion, this view turns God into a monster. I mean really, what would you think of a god who says, “Even though it is wrong for you to murder, torture, rape, kill, and slaughter, I can do it, because I am god.”  Is this really the god you want to worship? Is this really the god depicted in the Bible?

More importantly, is this really the God revealed in Jesus Christ?

No. If we are going to be honest with God, honest with Scripture, and honest about Jesus, we cannot simply say “God can do whatever He wants because He is God.”

While this may be true for a monstrous god, it is not true of our God, or of the God revealed in Jesus Christ. God does not behave this way. God is more loving, just, kind, patient, forgiving, merciful, and gracious than any human being. It is simply nonsense to say, “God can do what appears to be evil, but it is not really evil because He is God.”

Maybe blasphemy is too strong a word, but this view is extremely problematic and illogical, and to me, it maligns the character of God and calls into question the goodness, grace, and mercy of Jesus Christ.

Which leads naturally into the second (but related) view on how to handle divine violence in the Old Testament. 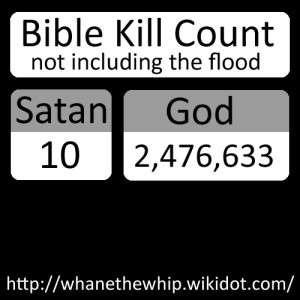 This theory is not as popular today as it once was, but it was a common view held by many during the first centuries of the church (e.g., the Gnostics held this view), and was rightly condemned as heresy by many of the early church leaders.

My conviction is that the entire Bible is the inspired and inerrant Word of God, and we must not attempt to escape the problem of divine violence in the Old Testament by divorcing Him from the God revealed in Jesus Christ.

Why not? For many reasons, but primarily because Jesus indicates over and over and He is the same as the God revealed in the Hebrew Scriptures. He and the Father are one. He was with God in the beginning. If you have seen Jesus, you have seen the Father. Numerous New Testament authors also state this fact.

So just as with solution #1, this second solution is not a solution either.

3. The Old Testament is Wrong

This is, by far, the most popular solution today. It has been adopted by a large percentage of Christians, and is, I admit, the most attractive option of the three.

I will also admit that if my theological hypothesis is wrong (which I will be unfolding over the next several posts), I can easily see myself falling into this category, or at least some version of it.

But I don’t think I need to go there. At least, not yet…