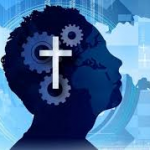 I have been writing a lot in the past three years about violence and non-violence, and how to understand the violence of God in Scripture in light of the non-violent revelation of God in Jesus Christ. I hope to publish a book or two on this topic within the next year, so make sure you have subscribed to my newsletter to keep updated.

One common objection I often receive from people about a non-violent reading of Scripture is that it seems to contradict so many violent portrayals of God in the Old Testament. (It doesn’t … when you read the Old Testament through a particular lens, which again, I will talk about in my book.)

Sometimes people accuse me of cherry-picking verses from the Bible, but other times people say that we just have to accept what the Old Testament says about God, even if we don’t like it (Again, I believe I am doing this, but I just have a way of reading Scripture that differs from the way the proponents of a violent God read Scripture). 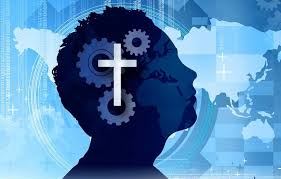 One thing that some people say to me is, “You can’t argue against God. His ways are higher than your ways; His thoughts higher than your thoughts. For, as Paul says in 1 Corinthians 2:16, ‘Who has known the mind of the Lord that he may instruct Him?'”

Without a doubt, that’s true.

But I want you to notice something else Paul says as well.

1 Corinthians 2:16 and the Mind of Christ

In 1 Corinthians 2:16, Paul makes a statement that many people have either ignored or misunderstood.

After stating that his message of the Gospel centered around and focused on Jesus Christ and Him crucified (1 Corinthians 2:2), Paul goes on to say that focusing on the crucifixion of Jesus is what provides true spiritual wisdom and insight (1 Corinthians 2:6-9).

Paul says that what God has done in Jesus Christ was not known or anticipated by anyone or anything. But we have come to understand it, Paul says, because we have the Spirit of God, and God’s Spirit understands these things (1 Corinthians 2:10-15).

Then, at the end of this explanation, Paul states what was probably an objection he sometimes received from people who heard Paul preach. It is also an objection I have heard. And it might be an objection you have sometimes heard.

And do you know what Paul says to that? He says, “But we have the mind of Christ.” 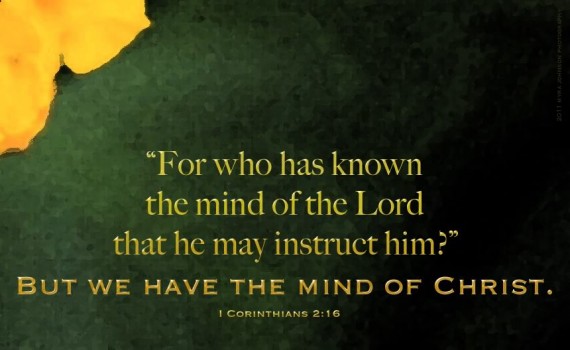 So why does Paul use such a weak argument himself?

What this means is that we can trust Jesus to guide and build His church in the direction He wants it to go.

Take slavery as an example. When a movement against slavery was first introduced in Europe and then America, some of the most vocal opponents to this movement came from Christians. It was very easy for these Christians to defend slavery from the Bible (both the Old and New Testaments). But today, thankfully, slavery is universally condemned by Christians as being contrary to the will of God.

And while Scripture can be used to lead us toward the truth that all people are created equal, Scripture itself seems to lean more on the side of supporting slavery than speaking out against it. So how did the church arrive at a position of opposing slavery in all its forms? 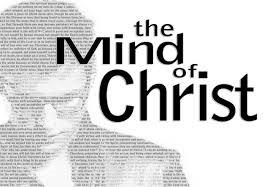 As far as I can tell, the only real explanation is “We have the mind of Christ.” In other words, God led us here, by His Spirit, in opposition to various texts and passages in God’s Word.

I think similar arguments could be made for women’s rights, and environmentalism, and better working conditions, and a whole host of other issues which the church has traditionally opposed but in recent centuries has come to adopt wholeheartedly.

Sadly and ironically, the surrounding, non-believing culture has typically led the way on many of these issues, which has brought criticism from many of those within the church that all we are doing is following the culture. But couldn’t the explanation also be that God has been trying to get the church to move on these issues first in response to the Spirit and the Mind of Christ, but when we refuse because of tradition and Scripture, God causes “the stones to cry out” until we are forced to listen and respond? I think so …

When the church refuses to listen to the Mind of Christ and speak what the Spirit is saying to the church, Jesus usually gets culture, art, and music to cry out for Him.

So what about violence?

I believe a movement is going on in the church, as well as in culture, art, music, and history that seems to fit well with the Mind of Christ as revealed through the life, ministry, and teachings of Jesus. And what is this movement?

That God is love, and in Him there is no violence at all. That God looks like Jesus Christ, as one who would rather die for His enemies than call for the death of His enemies.

So is the Bible violent? Are there violent portrayals of God in the Bible? Of course. And as a result, the Bible has been used (and is being used today) to justify all sorts of violent behavior and actions and attitudes against others. But we have the mind of Christ, and I firmly believe that God, by His Spirit, is leading us to oppose violence in all its forms.

But only time will tell…