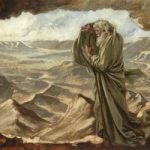 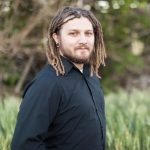 Paule is the High School Student Coach at Real Life on the Palouse in Moscow, ID. He has three children and has been married to his best friend for over 10 years. He attempts to ask questions that are often glossed over and to challenge the most basic of assumptions, looking for the shades of grey and color beyond the black and whites.

Paule writes and hosts a podcast at Valid Ambiguity. You can also connect with him on Twitter: @dredzs 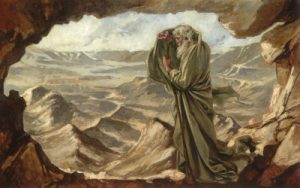 Slunked under his tattered cloak on a bed of trampled dirt and granite, Elijah was exhausted by his forty-day trek to Horeb and his bout with depression. He was alone. His volcanic Mount Carmel showdown, his draught ending prayer session, and his Flash like outrunning of the chariot have all faded into the foggy clefts of his memory. He was alone. Everyone had failed. If a torrential inferno from the clouds and the relief from the long desperate draught were not enough to turn the hearts of Israel back to their God, what was the point?

Elijah scrambled to his feet. What kind of question was this? Was it not the Lord who sent his angel to strengthen Elijah for this journey to the mount of God? Where else could Elijah go? He whimpers, “I have been very jealous for the Lord, the God of hosts. For the people of Israel have forsaken your covenant, thrown down your altars, and killed your prophets with the sword, and I, even I only, am left, and they seek my life, to take it away.” The word of the Lord again shakes the loose debris of the cave’s ceiling, “Go out and stand on the mount before the Lord.” The Lord was about to appear.

Only Moses had experienced such a thing. His face glared like the setting sun as a result. Would this be the reinforcements for Elijah’s isolation or the recognition for Elijah’s fiery dedication? As Elijah inches towards the mouth of the cave, a great wind barrages the mountain, shattering boulders. Yet, God was not in the wind.

Then an earthquake sifts the mountain as wheat. Yet, God was not in the earthquake.

Then a firestorm floods the mountain. Yet, God was not in the fire.

Then, as shards of rocks tumble down, the landslides relax and the ashes smolder, a quaint, almost silent, whisper advances the mountain. “What are you doing here, Elijah?” The same question as before? Apparently, Elijah had missed something and was not picking up on the not-so-subtle hints God was dropping; Elijah’s answer to this second question was the verbatim of the first. The people have all failed the Lord and only Elijah has remained faithful. The Lord, as if ignoring Elijah’s lamentation, instructs Elijah to make a couple of final appointments and then to go train Elisha as his replacement. Elijah was being retired.

What had Elijah missed? 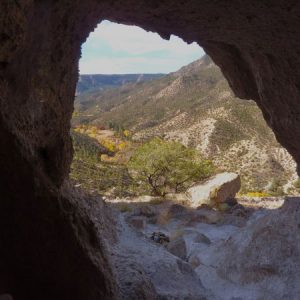 To answer the question, compare this story with that of Moses’ mountain experiences which took place on Mount Horeb and Mount Sinai. These two mountains are closely related to each other in significance and there is debate on whether or not Sinai and Horeb is the same mountain. Moses had seen flames rain down on Mount Sinai, felt the quaking of the mountain (Exodus 19:18) and seen the ruach (wind) push up the seawaters so the people may escape on dry land (Exodus 15:8-10). Moses had felt the agony and rage of seeing God’s people over and over again forget and forsake their Savior and Lord.

Even as the soot sprinkled from Mount Sinai above, the people whom Moses was leading melted gold, fabricated a calf, and idiotically declared, “These are your gods, O Israel, who brought you up out of the land of Egypt!” (Exodus 32:8). After squashing the active rebellion, Moses hikes up the face of Horeb to beg the Lord to remain with His people. When the Lord promises to do so, Moses nonchalantly said to the Lord, “Please show me your glory.”

God put Moses in a cleft, like Elijah was in a cave, and covered Moses’ face as the Lord passed by, as Elijah covered his face when the whisper manifested.

During the idol worship, while the people “played,” the Lord was watching and relayed the events to Moses. God denounced these people to Moses, saying, “…Now therefore let me alone, that my wrath may burn hot against them and I may consume them, in order that I may make a great nation of you” (Exodus 32:9-10).

At this point, Moses and Elijah begin to diverge.

Moses mediated on behalf of the people. As their leader, he stepped up and pleaded for them. Moses had people behind him at the foot of the mountain. Moses had been training up Joshua and working with Aaron. Elijah had simply given up on the people. He was alone with no co-workers or disciples. Just when you might assume that Elijah’s isolation had been the people’s fault, the Lord informed Elijah that there were 7000 who had not bent their knee to or kissed Baal. Elijah had also forgotten the 100 other prophets hidden by Obadiah (1 Kings 18:3-4). When you might assume that there was none worthy of being Elijah’s disciple, the Lord speaks of Elisha. Elijah had been the lone wolf and the Lord was inviting him to consider that what he was missing was people. He had framed his world and his activity around himself. He was so caught up in what he could, in what he had to do, that he forgot God’s people. Even when they had failed, he missed the opportunity to plead for them. He had assumed that a little light show would be enough. He had not anticipated that the real work would be with people, for people, and in people.

In your life, your job, and your family, don’t isolate from the people around you. You cannot come to the mountain of God without bringing the people of God. The mountain top is for the leader to gain perspective so that he may rejoin God’s people who await at the base. That is where God is working.