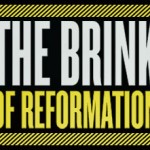 October 31 is not just Halloween. It is also “Reformation Day,” which commemorates the day on which Martin Luther nailed his 95 Theses to the Church door in Wittenburg and sparked off the Reformation in 1517.

I have often thought that I would have liked to live back then. They were amazing times. There was not only great upheaval and changes within the church and theology, but these changes also took place along with the Renaissance, the scientific revolution, and eventually, the Enlightenment.

These were times of great advances in science, medicine, engineering, art, music, and theology. Imagine living during the time of Michelangelo, Da Vinci, Galileo, Newton, Wycliffe, Tyndale, Luther, and Calvin!

You and I are currently living in the middle of a new Renaissance! A new Enlightenment! A new Reformation! 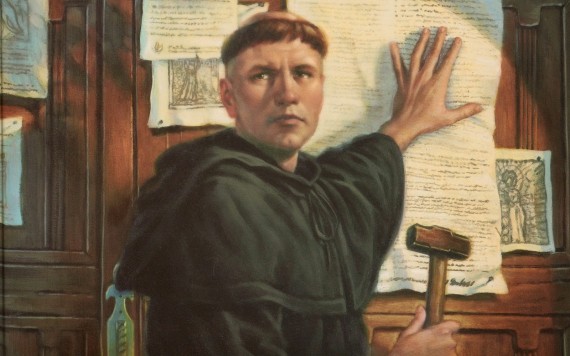 The New Reformation is Here

Imagine how exciting it would have been to live in the days when the “New World” had been discovered and Spain, Portugal, France, and England were racing each other to place colonies on this new land to the West. 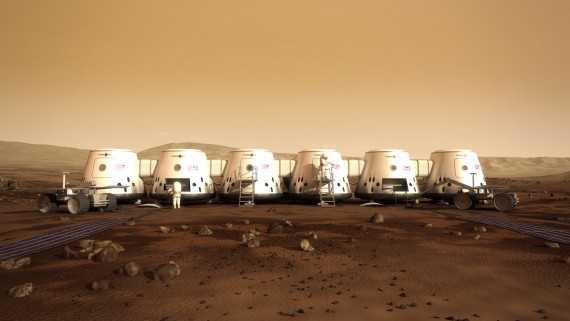 Then there are the advances in Quantum Physics. The discoveries of Quantum Physics are unraveling much of what we think we know about time, matter, energy, and space. For example, it appears that reality does not exist unless you are actually looking at it. Furthermore, it appears that quantum particles can communicate with themselves in their past, so that events in the present can ripple back in time. Recent studies from just last week have proved quantum entanglement, that two entangled electrons can communicate with each other instantaneously, no matter how far apart from each other they are. Believe it or not, these sorts of discoveries will eventually trickle down into theology, requiring us to rethink much about creation, prayer, the afterlife, the flow of time, and numerous related subjects.

But that’s not all…

The advances toward Artificial Intelligence and discovering life on other planets threaten to undo and change everything we think we know about ourselves and about how we came to exist. For example, if life is found on another planet (and scientists are certain they will find it), what will this mean for our understanding of Genesis 1:16 that God “made the stars also”? If we are able to develop Artificial Intelligence that rapidly becomes smarter than humans, what will this do to our understanding of Genesis 1:26-27 about humans being made in the image of God?

The changes in theology are not all just potential future changes, however.

The Christian theological world is already full of upheaval. There is an earthquake going on right now in theology surrounding the issues of justification, the violence of God, the nature of the Kingdom of Heaven, and what it means to be the church–the people of God in this world.

We are living in exciting times. Times that future people will look back upon and say, “Wow! Can you imagine living in the early 21st century? There was so much going on! So many changes! Because of what happened then, the world has never been the same!”

A few things to expect in the next few decades

If history is any guide (and it usually is) the current Renaissance, Revolution, Reformation, Enlightenment will be accompanied by several factors.

Below, I have listed some factors that will contribute to the New Reformation along with some changes that we will see as a result. 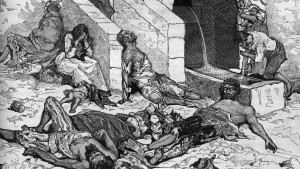 First, on the negative side, it is quite likely that there will be some sort of rampant disease, catastrophe, or war which will serve as the final catalyst for the future changes.

I don’t say any of this to scare you. There is not much that can be done about it. I am just saying that usually, these sorts of disasters and catastrophes help spur the human race on toward a new level of understanding and unity, which make further advances easier.

Second, however, as I look around at what the World Wide Web is ushering in, I think that this new Reformation will not come from the leaders and those in power, but will come from below. The internet has given everyone a voice. The gatekeepers no longer have the power to silence the masses.

So if you are starting a blog or a podcast right now, you are well situated to be one of these voices. (If you need help on these, let me know!)

Third, I believe that this new Reformation will contain a piece of the theological puzzle which has LONG been missing from the church. What piece is that? It is the voices of women. I firmly believe that one of the major problems with historical/traditional Christian theology is that it has primarily been written by men. As a result, theology has often shifted away from the one thing it is supposed to do, which is to engender love and relationships among people.

Voices of women will play a larger role than ever before, which will allow the church to adopt a stance toward people that has always been missing in traditionally male hierarchy.

The voices of women will bring theology and the church back to the way they were always meant to be. So if you are a woman, and want to contribute, please, start a blog, start a podcast, start a YouTube channel, write a book.

4. Direction from the Poor and the Minorities

Fourth, I believe that the new Reformation will include a new focus on minorities and the poor. I believe that new thinking and revolutionary ideas will not come from the rich and the powerful, but from those who have traditionally been ignored and silenced. Voices of the poor and the minorities will have a larger role in the changes that will occur in culture and the church.

Fifth, just as the first Reformation resulted in church becoming less focused on a hierarchy of priests to lead and teach it, I believe this trend will continue in the second Reformation.

The Reformers, as wonderful as they were, still retained the Magisterial, hierarchical, building-centered approach to doing church which began after Emperor Constantine converted to Christianity.

Millions of people are now seeing how empty that structure is, and are leaving the Sunday-morning, leadership-led, entertainment-focused style of church to enter into a daily, Spirit-led, relationship-focused style of church. As I reported last week, this trend will soon become the majority trend within the church.

The church will become less and less centralized, which makes it more universal than ever.

6. Church will become a servant to the world

Church will become less power-centered, and thus, more powerful. This will not be the power of money and position, but will be the power that was present in Jesus – the power of truth, and light, and love.

Seventh, due to all the preceding factors, there will be a radical shift in how people read, understand, teach, and apply Scripture. 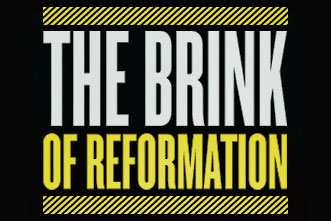 Words like “inerrancy” and “authority” and “inspiration” will drop out of use, and we will instead begin to hear more about “redemption” and “reconciliation.” That first set of words are “book-focused” which is what theology and the church have been focused on since the cry of sola Scriptura of the first Reformation.

Ultimately, of course, all these changes in Scriptural understanding will have Jesus as their goal and focus. It is His life and teaching which will serve as the model and framework for how the church progresses into the dawn of the new Reformation and the new age that will follow.

So are you excited to be alive?

You are currently living in a new period of Enlightenment, a new scientific Revolution, and new Renaissance, a new Reformation. Does this excite you?

What do you think about the things I have written above? Do you agree? Disagree? Do you have anything to add?

What are you doing to contribute to or participate in this new Reformation? Share your ideas and suggestions below!