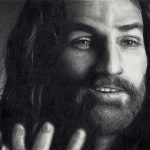 Many people do not realize that the four Gospel accounts about Jesus (Matthew, Mark, Luke, and John) follow an ancient literary genre in the first century Roman Empire. These are called the Caesar Gospels.

Every time a new Roman Caesar came into power, he would have Gospel accounts written and distributed about himself throughout the empire.

These “Caesar Gospels” included stories about how the new Caesar was born, how he grew up, and some of the superhuman miracles he performed during his life. The Caesar Gospels usually included promises about how the new Caesar was the “Son of God” who would bring peace to the entire world, and how as a result, every Roman citizen must proclaim Caesar as Lord.

Many people think the Gospels are stories only about Jesus. But there were Caesar Gospels in the Roman Empire about the Caesars. The four Gospel accounts of Jesus are patterned after the Caesar Gospels. 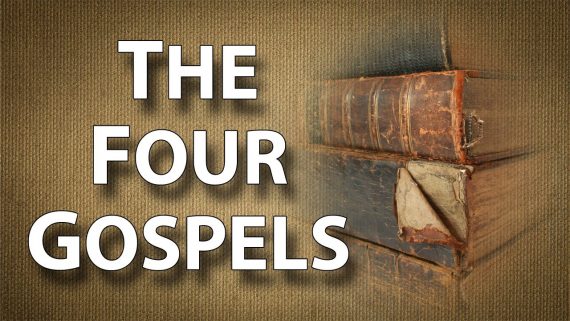 The Four Gospels were Treasonous

One can easily see that in such an environment, the Gospels about Jesus written by Matthew, Mark, Luke, and John would be viewed as potentially treasonous.

These four Gospels were making the claim that Jesus Christ was Lord and Caesar was not. That world peace (pax Romana) came through Jesus Christ rather than through Caesar. That while the birth, life, and ministry of Jesus truly were filled with wise teachings and miraculous events, such things were only myths in the life of Caesar.

Using true history as a parody, the Gospel writers called into question all the central beliefs and practices of Roman life and worship.

They called people away from Caesar worship and into a politically, religiously, and culturally subversive life with Jesus Christ. Previously we saw that the gospel promotes peace.

The Four Gospels were Satirical

But when the gospel challenges and corrects the evils of this world, as we must do also, it does not use harsh rhetoric and name-calling, but parody and humor. 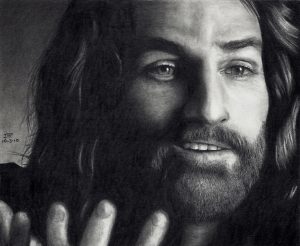 We see this in the parables of Jesus as well as in His actions and polemical teachings in the Gospels.

When Jesus seeks to correct, He does so with a smile on His lips and a glint of humor in His eyes.

The four Gospels are not alone in using satire, polemic, and parody to contrast the gospel of Jesus Christ with all other claims and promises of political and religious leaders.

Paul’s letter to the Romans, for example, also begins with parody. The opening paragraphs of this letter make a farcical mockery of Caesar and his empty claims to bring peace and justice to all.

In a time when every Roman Caesar claimed to be god’s divine representative on earth (even claiming the title Son of God), Paul courageously writes a letter to the Christians in the capital city of the Roman empire and makes the bold claim that in Jesus Christ, the true gospel of the true Son of God has been revealed, and in it, the true and lasting justice of God has been revealed to all men (cf. Rom 1:3-4, 16-17).

We could go book by book through the New Testament showing how the authors of Scripture spoke of the gospel in a way that both mocked and trumped the proud and foolish claims of political and religious leaders of that day. Such a survey would reveal that the goals and aspirations of politics and religion are usually not wrong, but the means and methods by which political and religious leaders seek to accomplish these goals are way off base.

The gospel shows believers how to live before a watching world so that the greatest dreams of humanity come to fruition in our very midst.

When we understand that the New Testament (indeed, the entire Bible!) mocks the power struggles of worldly-minded men, our eyes begin to see the proud and petty power struggles that exist in our own life.

The gospel challenges our own quests for personal prominence, recognition, and fame.

The gospel lays bare the motivations of our heart to reveal that many of our battles over the gospel are little more than struggles for control between power-hunger people.

Living the Gospel of the Four Gospels

When we begin to see that the gospel turns power on its head, mocks and makes fun of people who exert their own prominence and destroy others to protect their own positions of authority, it is then that we begin to understand that there is more to following Jesus than being right, being up front, and being the leader.

We begin to honor others above ourselves.

We begin to listen more than we talk.

We begin to serve more than seek to be served.

The gospel comes to be something we not only believe, but also live.