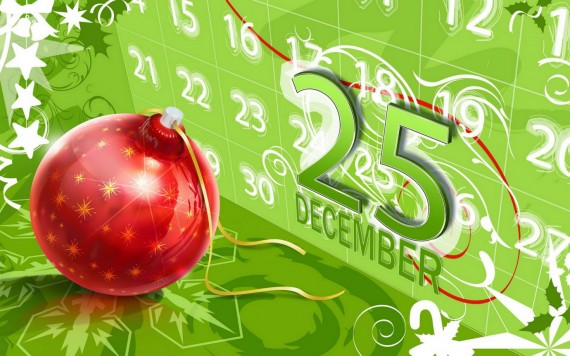 What was the date of the birth of Jesus? Do you care? I don’t really. But I used to. I preached an entire sermon on it once. Here is an excerpt from that sermon:

…Nine months later, John the Baptist in born. This would mean that John the Baptist was born in late March. The date of John’s birth is important also, but I will get to that in just a moment. For now, remember that six months into Elizabeth’s pregnancy, Mary also was visited by the angel Gabriel and she, as a virgin, miraculously conceived. So this means that John the Baptist was six months older than Jesus. So think about it. If John was born in late March, then six months later, Jesus would have been born of Mary, this makes His birthday sometime in late September.

Also, here is where it gets exciting. Knowing such a fact does not make us better Christians unless we can apply it. Right? So here is where it gets spiritually profitable to know such a fact. You probably know that the Jews had many holidays and feasts throughout the year, just like we do. But as many of you know, these feasts were not only ways to remember what God had done in the past, kind of like our Thanksgiving, but were also prophetic for what God was going to do in the future.

The Jewish feasts both looked backward to what God had done in the past, and looked forward to what he had promised to do in the future. It is very similar to our Lord’s Supper, or Communion. When we observe communion, it both looks back to what Jesus Christ did on the cross for us, and it looks forward to when He will come again.

It is funny where I say, “Knowing such a fact does not make us better Christians unless we can apply it.” Ha!

Ah, well… there is nothing like laughing at yourself to brighten the holiday cheer.

I do remember really enjoying preparing and preaching that sermon. I am sure that in another ten years, I will look back and some of what I have written on this blog, and roll my eyes at it as well.

If you want to read the rest of the sermon, it is here: Luke 2:1-3 – Christmas Redemption. If you are looking for other devotional ideas on the theme of Christmas, try some of my Scriptures on Christmas.