Yesterday, we briefly looked at an alternative way of reading the destruction of Sodom and Gomorrah in Genesis 19 which showed that God did not destroy these cities, but worked to rescue and redeem people from the destruction that these cities had brought upon themselves.

In this post we look at some of these other texts, and in so doing, can hopefully see Jesus in Genesis 19. 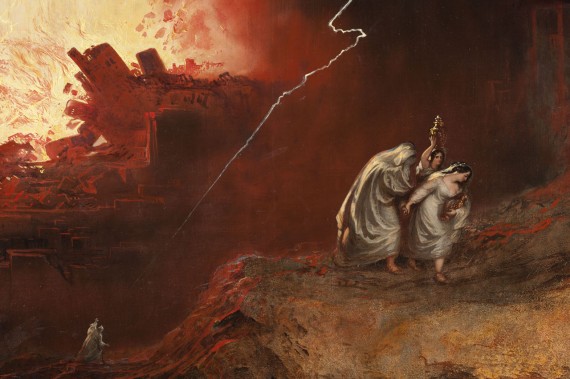 God’s Compassion for Sodom and Gomorrah

Yet when Lot begs leave to flee to Zoar instead of to the mountains, he is given permission and is told that Zoar will not be destroyed (Genesis 19:19-21). So already we see that because God knew of Abraham’s love for Lot, God had decided to rescue Lot from Sodom, and when Lot fled to Zoar, the people of Zoar were spared as well. So when Moses records the cities that were destroyed by fire and brimstone in Deuteronomy 29:23, only the four cities of the plain are mentioned: Sodom, Gomorrah, Admah, and Zeboiim.

This is important because the destruction of Admah and Zeboiim are mentioned elsewhere in Scripture. In Hosea 11:8, God says this:

How can I give you up Ephraim?
How can I hand you over, Israel?
How can I make you like Admah?
How can I set you like Zeboiim?
My heart churns within Me.
My sympathy is stirred.

Surprisingly, the one emotional trait which seems to be present in Hosea 11:8 is compassion. God does not want Ephraim and Israel to become like Admah and Zeboiim. It seems obvious from this text that God does not desire the destruction of the wicked, and He takes no delight in their destruction.

Due to the parallelism in Hosea 11:8, it seems that God is saying this is how He felt about Admah and Zeboiim as well. He did not seek or desire their destruction, but destruction came upon them nonetheless. If God had sympathy for the people of Admah and Zeboiim the way He had sympathy for the people of Ephraim and Israel, then God is starting to look a little bit more like Jesus, for a sympathetic God does not destroy people with fire and brimstone, but seeks to rescue them instead. But the people of the plain would not be rescued, and destruction fell upon them.

Sodom and Gomorrah were Handed Over to Destruction 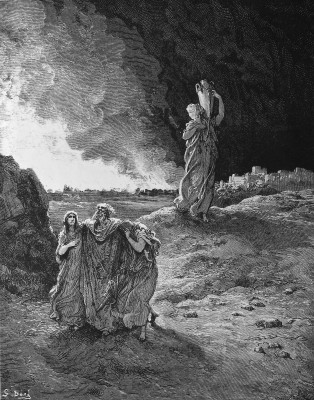 But even more importantly, we must take note of the verbs God uses in Hosea 11:8 to describe what might happen to Ephraim and Israel if they do not turn from their ways. God says that they would be given up and handed over, just like Admah and Zeboiim. God says, “How can I give you up? … How can I hand you over?” It seems that according to Hosea 11:8, the destruction that came upon the four cities in the plain was not directly by the hand of God, but was because the people departed from the protective hand of God, and brought their destruction upon themselves.

They had been given up and handed over to destruction, but despite what Genesis 19 indicates, Hosea 11 implies that the destruction on these cities did not come from the hand of God, but came from their departure from His hand.

No writer could more poignantly portray God’s distress at the thought of “handing over” or “giving up” the nation to destruction, as He would one day deliver up the Sin-bearer to redeem a lost race. He compares such a prospect to the time He gave up and handed over Admah and Zeboiim (Marilyn Madison Campbell, Light through the Darkness: A Vindication of God, 79).

This way of thinking about the destruction of the cities on the plain is seen elsewhere as well. Isaiah 3:8-9 says this:

For Jerusalem stumbled, and Judah is fallen …
They declare their sin as Sodom; they do not hide it.
Woe to their soul!
For they have brought evil upon themselves.

Once again, the impending judgment upon Judah is compared to what happened with Sodom. Through the pen of Isaiah, God does not say that He will destroy Judah as He destroyed Sodom, but rather that they will have brought this evil upon themselves. And this is exactly what happened, for Isaiah later says that God “removed the protection from Judah” (Isaiah 22:8). God did not bring the destruction upon Judah, but removed the protection from Judah when they departed from His protective hand.

The perspective presented in Hosea and Isaiah is echoed by Paul in Romans 1. When Paul writes about the wrath of God that came upon people in the past who committed sins similar to those of Sodom, Paul says that God “gave them up” and “gave them over” to their sin (Romans 1:24, 26, 28).

This sort of terminology is how Paul defines the wrath of God and His divine judgment. God’s wrath is not His active punishment of sin, but rather, Him passively allowing rebellious people to follow where their sin leads and face the consequences of distancing themselves from Him.

Finally, there is the reference in Jude 7 where we are told that Sodom, Gomorrah, and the surround cities suffered eternal fire because they had “given themselves over” to sin. It seems even that Jude, the half-brother of Jesus, wanted to clarify about the nature and source of the fiery and eternal destruction that fell upon Sodom and Gomorrah. Why did the fire fall? Because the people had given themselves over to sin.

Here is not even that God had given them over, but that the people had given themselves over. This is a classic example of a verse which shows that sin cannibalizes itself. When we persist in willful and rebellious straying from God and His ways, we invite the consequences of our sin down upon our own heads, so that eventually, the sin we consistently live within eventually falls upon our heads and consumes us. This is what happened to Sodom and Gomorrah according to Jude.

So what can we say about Sodom and Gomorrah, and especially the way the text reads in Genesis 19? It seems that when the whole counsel of Scripture is considered, God’s activity in the destruction of Sodom and Gomorrah amounted to simply allowing them to suffer the consequences of their own sinful rebellion, while taking what steps He could to warn, rescue, and deliver as many people as possible from the fire and brimstone.

Though Genesis 19 indicates that God sent the fire and brimstone, later revelation reveals that God gave the cities up to destruction, and handed them over to the consequences of their ways. So in this way, Genesis 19 reveals God once again taking the blame for that which He does not prevent (Marilyn Madison Campbell, Light through the Darkness: A Vindication of God, 82).

Though their sin was not His fault, and though the destruction that came upon the cities was the natural consequence for their rebellion, when God handed them over to destruction, He inspired to the biblical author to state that He Himself was sending the destruction. God takes the blame and bears the guilt for a terrible event in human history which was carried out “on His watch.”