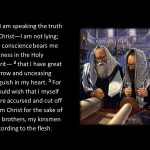 In Romans 9:3, Paul writes, “For I could wish that I myself were accursed from Christ for my brethren, my countrymen according to the flesh.”

Is Paul saying that he wished he could go to hell if it would mean that his Jewish brethren would believe in Jesus and become Christians? 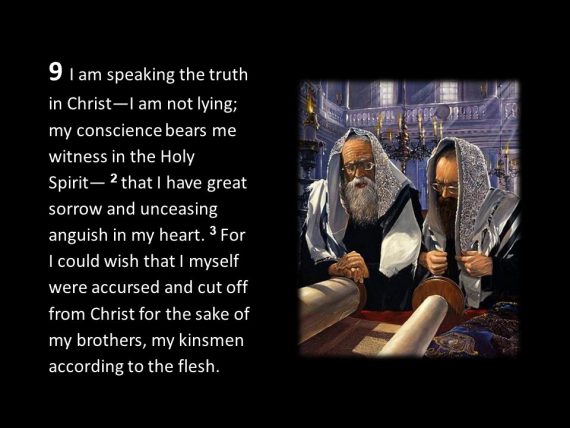 No, Paul Does Not Desire to Go to Hell in Romans 9:3

First, hell is not mentioned in Romans 9:3. Paul states his desire to be accursed if this would allow his brethren, the Jewish people, to recognize Jesus as the Messiah.

When people believe that the word anathema, or accursed, means “going to hell when you die,” they think that Paul is wishing he could go to hell if only all his fellow Israelites would receive eternal life instead. This sounds very noble and extremely spiritual, but Paul isn’t saying he wants to go to hell for the sake of the Jewish people.

Paul is saying that he would be willing to lose his life if it meant that his fellow Israelites would recognize Jesus as the Messiah. It is interesting that while the Jewish men in Acts 23:14 announce a curse on themselves if they don’t kill Paul, Paul here announces a desire to be cursed if it would lead to the deliverance of the Jewish people.

Indeed, Paul’s life was quite often on the line as he sought to declare the gospel to the Hebrew people. So these were not mere words on Paul’s part, but were actually indicative of Paul’s regular approach to ministry.

The Translator is the Traitor

The objection to this way of understanding Romans 9:3, of course, is the phrase “from Christ.” In the NKJV, Paul says that he wishes he “were accursed from Christ,” but other translations are not so vague. The NAS has Paul wishing to be “separated from Christ” while the NIV has Paul stating a desire to be “cut off from Christ.” Yet neither “separated” nor “cut off” are in the original Greek, but were added to the text by the translators in an attempt to explain what they thought Paul was saying.

However, rather than clarifying his point, it appears they have muddied it. While Paul’s statement could be understood as a desire to be eternally separated from Jesus Christ, this does not fit with all other uses of the term anathema in the Bible, and so it is the least likely way to understand this text.

Two other possible ways of understanding Romans 9:3 are preferable.

First, when Paul states his desire to be “accursed from Christ,” he could be saying that Jesus Christ is the originator of the anathema. In this way, Paul would be stating that if he were put to death (anathema), it would be something that came from Christ.

A second option, however, is more preferable still. When Paul writes about “Christ,” he usually does not have only Jesus in mind. The word Christ (Gk., Christos) is equivalent to the Hebrew word for Messiah (Heb., Messiach), and means King. But in reference to the way Paul uses the title Christ, it does not only refer to Jesus, but also to all those who are in Jesus Christ and rule and reign through Him.

In Paul’s letters, the word Christ is shorthand for “the body of Christ” or “Jesus Christ and all who are in Him.”  Since Christ and Messiah are kingly terms, when Paul speaks of the corporate life of Christ in the church, he is also thinking of the rule and reign of God on earth through the body of Christ, the church.

This final option provides the best way of reading Romans 9:3. 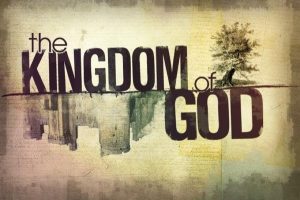 When Paul writes about being anathema from Christ, he is not stating a desire to be eternally cut off or separated from Jesus, but is instead stating his desire, if it were possible, to give up his life and his ministry within the Kingdom of God if such a sacrifice would help Israel come to the knowledge that Jesus is the Messiah.

This, of course, would still allow Paul to spend eternity with God and with all the saints.

In Romans 9:3, Paul does not have a wish for hell, but a willingness to sacrifice himself for the sake of those he loves.

Such sacrificial willingness is supremely Christlike, which only goes to show that if Paul were indeed to die for Christ as he desires, this would not separate Him from Jesus but would instead be the perfect representation of Jesus in His sacrifice for us.