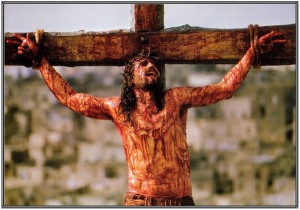 In Part 1 and Part 2 of this 3-Part series on how Satan casts out Satan, we learned that Satan uses violent religion to attack and kill the messengers of God, and thus, appear to be “casting out Satan” while in reality, he is only solidifying his own power and influence in the world.

In this post, we see how Jesus used this ploy of Satan to truly cast out Satan.

In seeking to prey upon Jesus, Satan had fallen prey to the “deep magic” which C. S. Lewis writes about in The Lion, the Witch, and the Wardrobe. By refusing to retaliate, by refusing to resort to redemptive violence, by refusing to play the devil’s game, Jesus beat the devil at his own game and revealed Satan’s scheme to the entire world. Jesus showed that there is no power in violence, but only more slavery.

True power and true victory lie in love for your enemies, in self-sacrificial service, in infinite forgiveness, and in bearing sin and shame for the sake of others.

As Jesus shuddered and died, Satan watched in horror as his death blow upon Jesus also caused his own kingdom to collapse and crumble. All of Satan’s power and Satan’s lies fell to dust and ashes.

With the death and resurrection of Jesus, a new green shoot of a new Kingdom sprouted up from the midst of the ashes of Satan’s kingdom, and has been growing ever since, even to this very day. This new Kingdom is the Kingdom of God, a Kingdom built upon forgiveness and mercy, grace and generosity, love and kindness, rather than a kingdom built upon blame, victimization, persecution, and violence toward others for selfish gain.

The Defeat of Satan in the Death of Jesus

The beauty and majesty of the cross is that just when Satan thought he had won his greatest victory, it is exactly then, as the last breath escaped from the lips of Jesus, that Satan realized to his complete horror what he had done. Satan had truly cast out Satan.

Though with every previous charade, Satan had erected a false Satan and then used society, culture, government, and religion to “cast out Satan,” when Satan turned that same ploy upon Jesus, it truly was Satan himself who got cast out, and as a result, his kingdom crumbled. “Christ’s death represents the loss of Satan’s kingdom: the Satanic circle is broken, and the truth and grace of Jesus can now descend on those who are not afraid of accepting it” (Girard, The One by Whom Scandal Comes, 62, cf. also p. 40, 53 ). 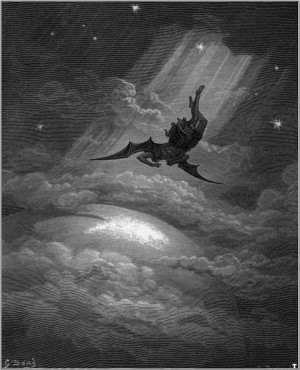 Up until the crucifixion of Jesus, and even in the minds of most today, humanity believed the essential lie of the devil, that if someone was attacking you, you attack back. If someone was threatening you, you strike first and strike hard.

But Jesus did none of these things. He did not defend Himself. He raised no objection. He brought forth no weapon. He did not resort to violence or to blame in the least little way. He died.

But most shockingly of all, in dying, Jesus won!

In this way, Jesus revealed the emptiness of Satan’s power, the futility of Satan’s lies, and the falseness of his claims. By killing Jesus, Satan cast out Satan, and his power over the earth was seen to be no power at all.

Jesus launched a full-out assault on the gates of hell and prevailed against them by dying at hell’s door. But much to hell’s surprise, when they opened their doors to drag his body in so that they might parade it through their bloody streets, Jesus rode through the wide-open gates as a victor over a defeated city. His robe, stained in His own blood, swept through the streets, and washed them white as snow.

Jesus died at hell’s gates so that He might ride through them in victory.

The poor were given good news, the brokenhearted were given hope, the captives were set free, the blind were restored their sight, and the oppressed were granted liberty. The first year of God’s favor had begun. “Mankind, thanks to the Cross, for the first time in its history, is no longer in bondage to Satan” (Girard, The Girard Reader, 206).

This again shows why God allows humanity to blame Him for the violence of the world. Throughout the ages, Satan thought that by turning God into a devil, Satan was defeating God. But on the cross, God finally revealed what had truly been going on all along. It was so that He could defeat sin, death, and devil by taking all the violence upon Himself without retaliating in any way, but forgiving and reconciling instead, thus showing the powerlessness and emptiness of the way of violence.