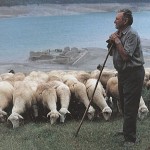 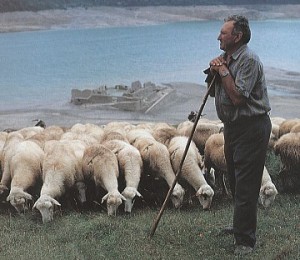 I sometimes hear pastors say that they don’t have systematic theology; they have pastoral theology.

As a pastor myself, I used to nod my head in agreement. I too am concerned with the way some theologians seemed too caught up with dotting every theological “i” while neglecting the task of serving others.

However, in recent years, I have come to develop some reservations about the whole “pastoral theology” concept.

In the minds of some today, the pastor who claims to have a pastoral theology is often just saying that his theology is not fixed and consistent. Instead, they adjust their theological views to fit the pastoral concern being faced. This approach often leads to contradictions in theology. Like the situational ethics of the 70s, many pastors have a different theology depending on the situation they find themselves in.

Pastoral theology might be better to call it situational theology.

A Conversation with a Pastoral Leader

This was brought to my attention through a recent conversation I had with another pastor. He and I did not see eye to eye on certain issues of soteriology, and it was not long before he expressed some some serious logical contradictions. When I pointed these out to him, he said that he lived with these contradictions because he had “pastoral theology,” not systematic theology.

When pressed to explain the difference, he relayed the following story which he said actually happened to him:

I was in my office and a man came in who was a serial adulterer. He shared that although he is married, for the past seven years he slept with at least one different woman every month. I asked him if he thought he was a Christian, and the man said, “Yes, I accepted Christ as my personal Savior when I was in high school. They told me I was secure forever, and so I know that even though I’m sinning, I’m still going to heaven.”

Personally, I would have stopped and asked the man for further clarification on what he thought he had done in high school. Why did he say, “They told me I was secure forever”? Why didn’t the man point to Jesus’ promise of eternal life? What did he mean when he said, “I accepted Christ as my personal Savior”? Until these questions are answered, it is still uncertain whether or not he has believed in Jesus Christ alone for eternal life. But this particular pastor thought that the man’s statement was fine, and so his story continued:

In such a case, my pastoral heart tells me to put the fear of hell into the man. I told the man that if he was ever saved, he certainly wasn’t saved now. Such adultery was a serious pattern of sin. Unless he repented of his sin, and returned to a monogamous lifestyle, he would not enter heaven.

This is classic Arminian loss-of-salvation theology. It was a little surprising for me to hear these words coming from this man who claimed to be a Calvinist. But he continued his story:

Later that day a different man came into my office. He too admitted to being an adulterer. He was married for seven years, and in that time frequently looked at pornography and had committed adultery twice. He sat in my office with tears streaming down his face, worried that he had lost his salvation and that God would never forgive him.

But I saw that this man had a repentant heart, and he knew that what he had done was sinful. He was a genuine Christian, not in need of chastisement and the fear of hell, but in need of love and forgiveness. I told him that God still loved him, and that Christ had died for all of his sins—past, present, and future—and that there was nothing which could separate him from God. He was secure in the hand of God. Of course, I warned him that he needed to turn from his sin, or else it may prove he was never saved in the first place.

Inconsistent Pastoral Theology Helps No One

I do not believe such an approach helps anybody. Such contradictions only lead to confusion. This sort of situational pastoral theology does more damage than good, because it allows love for people to drown out the truth of God’s Word. And when truth gets neglected in the name of love, love dies too. It is not loving to tell a lie in a kind way, even if we think the lie is what a person needs. It is far better to “speak the truth in love” (Eph 4:15). It is also far better to be Biblical, rather than pastoral.

Consider the first man. Not only was he not given the clear message about how to receive eternal life, he was also given a false message. If this man was indeed unregenerate, he went away with a message in his head that would make it harder for him to be born again. He was told that to enter heaven, he needed to be monogamous. While there certainly are practical benefits and blessings for monogamy, the Bible nowhere lists monogamy as a condition for going to heaven.

So although this pastor thought he was telling this man what was necessary to get him to change his lifestyle, the message he gave was wrong. How practical, how pastoral was that? Doesn’t God know best?

And what about the second man? He also was given a false message. He may have gone away feeling better, but if he wasn’t already born again, he left this encounter more confused than ever. For although he might have been temporarily encouraged, he too was told to refrain from pornography and adultery if he wanted to go to heaven. Once again, the Bible never says this.

So this situational approach to theology is neither loving, nor pastoral.

When pastoral theology becomes situational theology, it helps no one, and only confused those who hear it. If our goal in pastoral theology is to help those who are in our care to understand God and live according to His Word, wouldn’t it be best to have a theology that is consistent and which doesn’t shift with each new counseling session?

If we want to have true pastoral theology, we would be wise to give people what God said! For example, Jesus gives everlasting life to anyone who believes in Him (John 3:16; 5:24; 6:47; etc.), and a life of obedient discipleship is important for fellowship and rewards. That is an encouraging, loving, and pastoral message. Best of all, it’s true.