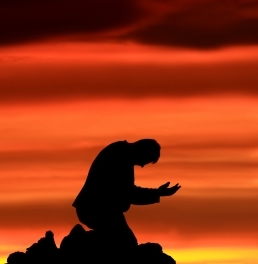 A man came into my study this week struggling with sin, salvation, and a sense of God’s presence in his life. He told me he was saved but he had never seen God work in his life.

While I could have pointed out that God is at work in the lives of all people to one degree or another (John 16:8-15), I first decided to run a spiritual diagnostic to determine his spiritual condition. I used versions of the Kennedy question. First, I asked him if he were to die today, did he know where he would go to spend eternity. He said, “Yes, I will go to heaven.” When I asked why, his response was, “Because I’ve prayed the sinner’s prayer.”

This sent up a small red flag, but knowing that many who “have prayed the sinner’s prayer” are just confused, I went on to my next question. I asked, “Let’s say hypothetically, that when you get to heaven, God meets you at the gates and asks, ‘Why should I let you into my heaven?’ what would you say?”

This time, his response rung crystal clear—not with truth, but error. “Well, I make people laugh. I have good manners. I have tried to live a good life. I’ve done some bad things in my life, but I’ve always repented. I’ve never denied Jesus, and have always believed that He is God’s Son.”

The small red flag turned into alarm bells. Recognizing that only God knows the heart, I gently told the man that none of the things he had listed, including his “sinner’s prayer” were mentioned anywhere in Scripture as conditions for receiving eternal life. I took him to passages like John 3:16, 5:24 and 6:47 which show that the only condition for receiving eternal life is believing in Christ for it.

He said it sounded too simple; too easy. I told him, “It is. Eternal life is a free gift of God’s grace to all who simply believe in Jesus Christ.” I went on to explain how God could make this offer and why faith in Christ is all that is necessary to receive it.

He left that day without believing, but a seed was planted. I trust and pray that he and I will meet again and that the Holy Spirit will continue to convict, convince, and draw him.

But one thing was confirmed in my own mind. The “sinner’s prayer” is a dangerous witnessing tool. It can leave many people thinking that they are going to heaven because they have “prayed a prayer” yet never understood that eternal life is received by grace alone through faith alone in Christ alone.

What have been your experiences with the sinner’s prayer? Is it a valuable step in evangelism and witnessing? Why or why not?