You are here: Home / Call Someone a Fool and Go to Hell? 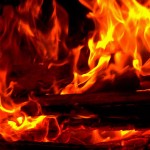 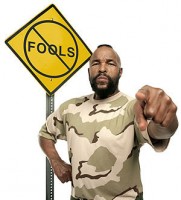 Jason was one of my best friends in Junior High and High School. He and I played a lot of tennis, listened to a lot of rap, and played a lot of Nintendo. I still remember when we beat Mega Man 2 in one day.

Until one day our Sunday School teacher at church read Matthew 5:21-22. The last part really got Jason’s attention: “Whoever says, ‘You fool!’ shall be in danger of hell fire.” When our teacher read that, everyone laughed and looked right at Jason as he squirmed in his seat and looked abashedly at the floor.

After that, I never heard him say, “You fool” again. 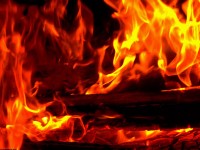 What did Jesus really say?
In my “core group” today, we read and discussed this passage. Not surprisingly, they were shocked at what Jesus said. How can he say that simply for calling someone a fool, they will go to hell? That’s impossible! Too difficult! Jesus is crazy!

We had a long, spirited discussion about this, and some of them remembered what we discussed last week. In the end, I had to bring in some Greek and Jewish background information (I have a love-hate relationship with doing this, which maybe I will write about someday).

I personally don’t think this passage (or the next one about adultery) has anything whatsoever to do with burning forever and ever in a lake of fire while Satan and his minions poke you with pitchforks to see if you’re done yet (“Nope? Note done yet. Put him back on the flames for another million years! Bwah-ha-ha-ha-hahahahaaa!”). Jason will be pleased to hear this.

The word that Jesus uses in 5:22, 29, 30 is gehenna. It refers to the Valley of Gehinnom outside of the city of Jerusalem which, in the days of Jesus, was the garbage dump. People dumped all their refuse and waste out there. It was probably full of rats. Lepers might have scrounged through there. And every once in a while, to try to remove some of the stench, someone would light it on fire, and it would burn and smolder with acrid smoke for months on end. It was a wasteland, a garbage heap, a pile of burning filth.

Jesus is saying that when you call someone a fool, when you look lustfully at women, it destroys your life. While such actions, if they are followed to their logical end, may lead to murder and adultery, by the time you get there, you will have done so much other damage to your life, your friends, your relationship, your spouse, your job, your children, your health, your finances, and everything else in life, that you life will basically be a gehenna. A burning wasteland of filth. Or, to quote one of the other guys from today, a $#!+hole.

Don’t put your life in the dump
We all know it’s true. What happens in your marriage when you call your spouse a fool? Or how does your boss like it? How about your children? Your friends? That’s right. Life goes down the toilet real fast.

So I know some are going to disagree with me on this. That’s okay. But if you think Jesus is really talking about a literal torment in flames for all eternity for calling someone a fool, just be careful what you say when you disagree.