You are here: Home / Denying the Lord who Bought Them 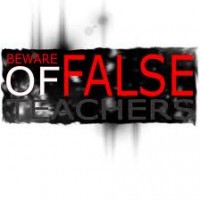 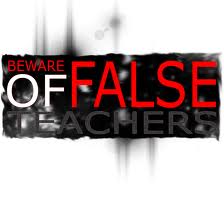 Second Peter 2:1 talks about false teachers denying the Lord who bought them. What does this mean?

First, note that Peter says these false teachers bring heresies,which, as we have seen previously, refers to divisions within the Body of Christ.

And what is it they teach which brings these divisions? According to Peter, their primary error is that they “deny the Lord who bought them.” Most translations render it in such a fashion, but I must say that such a translation is hopelessly weak.

Denying the Master who Redeemed Them

A better translation might be, “denying the Master who redeemed them.”

The word Peter uses for “Lord” or “Master” is not the typical kurios, but is rather despotēs. It is where we get our word “despot,” which has more negative connotations today than it did in Peter’s day. Back then, it referred to a Master who owned slaves.

The word “bought” is the Greek word agarazō, which in a Master-slave relationship refers to being redeemed (cf. Rev 5:9, 14:3-4). So what is Peter saying? He writes that these false prophets, these false teachers, these bringers of divisions, have been redeemed by Jesus their Master, and yet, as shocking as it sounds, they have the gall to deny Him!

And what is the significance of their denial? Here is where the text gets even more interesting. The word that Peter uses for “deny” is arneomai, which is exactly the word used in the gospels when Peter denied Jesus (cf. John 13:38; 18:25, 27). Certainly when Peter wrote this sentence, he was thinking of his own earlier actions and behavior in denying his Master who redeemed him.

And if the words of Jesus in John 13:10-11 where He says that Peter is already “clean” means that Peter was justified and had eternal life, then what all of this means is that Peter recognizes that it is very possible for a redeemed and justified follower of Jesus Christ to be a false teacher and deny their Master, just as Peter himself had done. 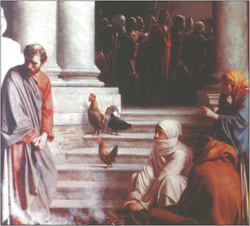 Though Peter seems to indicate his belief that the false teachers he has in mind are unregenerate (2 Pet 2:17), the denial of Jesus by Peter himself reveals that it is possible to be regenerate and still deny Jesus.

This is actually quite a relief, because when we sit back and honestly consider what false teaching is, we realize that every single person is a false teacher to some degree or another. How thankful we can be that God does not require 100% doctrinal accuracy from us in order to be given eternal life and live as citizens of the Kingdom of Heaven.

So what then is the message of 2 Peter 2:1? This verse reveals that there is such a thing as false teaching, and we do have a responsibility to warn them and others about their teachings.

However, we must remember that in some way, all of us are false teachers. The real tragedy of false teaching, wherever it is found, is that it divides the Body of Christ, and causes those who believe it to deny the Master who redeemed us.

But in regard to participation within the church and the centered set approach to ministry, these false teachers are still allowed to eat meals with the other believers (2 Peter 2:13), and possibly even teach when the believers gather (2:18-19).