You are here: Home / Redeeming Theology / Dialed in to Jesus 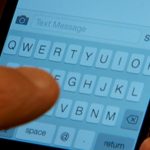 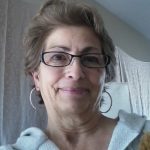 This is a guest post by Doreen Frick. Doreen is the daughter of prophecy writer Salem Kirban, and was most influenced by the people in her life who showed her Christ in the practical ways. She and her husband, Wes, have four “kids” and 11 grandkiddies.

You can view her other writings at Grand Magazine, “I Long to See My Fairy Godmother” and Edge Magazine, “Rain, Rain.” You can read more about Doreen here. She wrote a previous guest post for Redeeming God, which can be found here: Have Your Next Corona on Me.

For nigh onto a year, I was texting someone I thought was my son. It didn’t matter that he never texted back, I figured he was busy with his law and his family and his coaching and his friends so I kept my “corresponding” short, sweet, and always about football.

I’d text when they were doing good, or when I thought someone shoulda caught that pass. No reply, not even an “I’m too upset to watch this game another minute!” typical Josh reaction. When the Bears played my team I could rightly understand his lack of response–after all my team was the Seahawks. The Superbowl Seahawks. 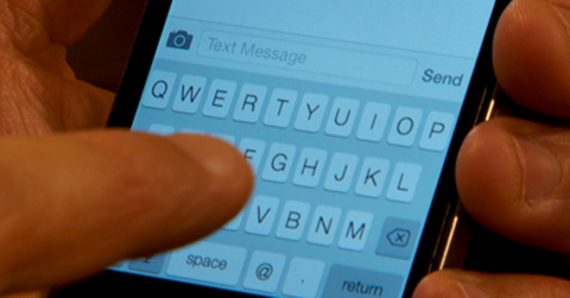 But then one day out of the blue I did hear back with a text I didn’t expect.

Yikes. I looked at those sad words and went back in my mind hoping I never said anything I wouldn’t want anyone else to read. Nope. My mom always told me never to write anything you didn’t want broadcast all over so I was pretty sure I continued to follow that advice once the tech age began ruling the correspondence world. My next decision involved how to politely respond to this dear soul who’d been receiving unwanted texts meant for a son somewhere out there who apparently changed his number and never bothered to tell dear old mom.

I texted the unknown Mr. or Miss or Ms. or Mrs. I’m NOT Josh with all the innocence a mother left in the dark could muster,

Thank you so much for letting me know. Mom’s always the last to find out when their kid changes their number. So very sorry I’ve used so many of your texts this year!

And then I guess the poor soul on the other end felt sorry for Joshua’s mom left with no cell phone number to bug her son with about football because he/she replied,

I called Josh’s firm and got his voicemail. My message was short and sweet and you can guess what I said.

You mean your number isn’t ###-8083? Because I’ve been texting someone who never replies either!

Ah ha! I get it now. Josh got a new phone last year and a new number which he attempted to text me but when he entered my number he inverted two digits which for someone in his business is pretty ironic since he gets all over his secretaries about proofreading his stuff before it becomes the law. I knew I suffered from inverting number dyslexia, never knew til now he did too. Maybe it’s inherited, I thought and a lovely understanding and spell of relief flooded my slightly hurt feeling a little bit ignored mother soul. Josh had been in touch all this time and thought I’d been ignoring him.

Alas all was reconciled, Josh and I were reconnected, life was back on track. Just then another text came through, an oldest son’s word of caution:

Be careful who you text, Mom. Not everyone out there is nice.

Hmm, I thought about that and guessed he was right though it would have been nice if the mystery person on the other end would have told me sooner I had the wrong person dialed in but yeah maybe they figured most moms were smarter than I am and would eventually catch on. Maybe they just wanted to give me time to figure out a fairly tricky situation and I’m just lucky I got a good one who didn’t take advantage of my delicate predicament. So thank you whoever you were out there in cell phone land. Maybe someday you’ll text the wrong person and they’ll let you know kindly, like you did me.

Today I read my Bible in John and ran across the lady at the well talking to Jesus and not knowing He’s the Son of God. She’s telling him how when Messiah comes He’ll take care of His people, He’ll provide like Jacob provided this fine well and how is it that He, a Jew speaks to her a Samaritan and then comes to a well with nothing to draw water with. Oh don’t they have a nice chat in the broiling heat of day as Jesus draws her in with a promise of Living Water even better than anything she’s drinking now and she’s so thirsty for the real thing she wants to know who will give it, and Jesus ever-so-gently responds:

“I that speak unto thee am He.” 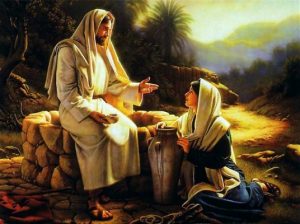 Jesus was so succinct, so powerfully textual and welcoming she was already falling for Him before he got to that part, but just as quickly as she learns the truth she goes running to tell all the men in the village she’s met a Man who told her everything she ever did. He’s gotta be the One, doesn’t He? And don’t you know all the men come right out to meet this Man who spoke with this woman and who knew all things. As I read this part the picture of a bunch of fairly curious and perhaps a little worried townspeople rushing out to see what the commotion is all about comes to me and then I smile when it’s recorded how they all believed Him. Not because she told them, but because they heard Him for themselves.

And maybe, just maybe, I wonder if what she was told was not so much what she did, but why she did it. Maybe, just maybe, this man she met at the well was hearing her sad heart. Her needs. Her wants. Her full self. Maybe He was the Perfect Hearer, not the perfect teller. All humans want to be heard and I imagine her heart felt it was finally becoming whole.

Sure we don’t go to wells to do our socializing (i.e. gossiping) and yes she was there during the heat of the afternoon because she was somewhat of an outcast and alone in her world of many husbands and no she probably didn’t have a good relationship with the women at the quilting bee yet she was the one in Samaria who was tuned in and ready when her Messiah called her number.