You are here: Home / Redeeming Theology / Does God Send Storms? 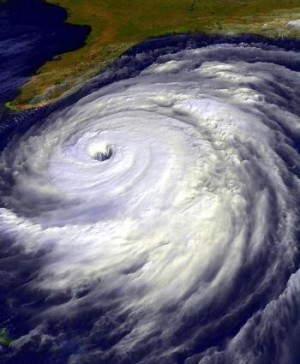 In light of the recent storms in various parts of the world and considering some of the storms and natural disasters of the past, it is sometimes asked whether or not God sends these storms, or if they are simply “natural” disasters.

Some Christians have come out to say that such disasters are God’s judgment upon a nation, a city, or a people for their evil. It is easy to see how these Christians come to such a conclusion, especially when the Bible has several examples of storms and famines sent by God to judge people for their disobedience. God sent fire and brimstone upon Sodom and Gomorrah, the Ten Plagues upon Egypt, and a storm on the ship carrying Jonah.

So it is reasonable to ask whether God sends storms and natural disasters today.

There are four basic answers:

I reject option 1 because I do not believe the Bible contains errors. The Bible says that God sent various storms in Biblical times, and I am not comfortable saying that the Bible is wrong.

I reject option 2 because I do not believe that the character of God changes, and if He sent storms in the past, but does not do so any longer, it would seem that the only reason is because He had a change in His character. I cannot accept that.

I also reject option 3 because to me, it is theologically repugnant. I cannot accept the idea that God sends all storms, hurricanes, tornadoes, famines, earthquakes, tsunamis, and a host of other disasters which kill thousands of people, causes terrible destruction, and leads to massive sickness and sadness.

So where does that leave me? I am seriously considering a 5th option, which is a cross between option 1 and option 4. 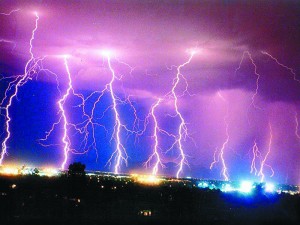 This options states that while God can send storms, He usually doesn’t—not in our day or in biblical times. When the Bible states that God sent a storm, it is actually stating the human author’s opinion that God sent the storm, but not the actual fact that He did. This helps maintain the accuracy of Scripture, in that it accurately reflects the ideas and views of people who lived at that time, but it enables the reader to understand that because of what we see in Jesus, God does not behave the way people thought He did.

Such a view is a “Christological” reading of Scripture. This view maintains the historical accuracy of the Gospel accounts, thereby allowing the life, teachings, miracles, parables, and actions of Jesus to be the guiding principle in understanding the rest of Scriptures. When a passage of Scripture does not match up with Jesus of the Gospels, Jesus trumps what we read in other passages. This does not mean that these other passages are wrong, but that they might more accurately reflect what people thought about God, but were wrong.

Such a view is appealing, until we actually try to apply it to some Old Testament texts. For example, God tells Noah to build an ark because He is going to send a flood upon the entire earth. This view would supposedly argue that since Jesus does not send floods, God does not send floods, so the flood in Genesis 6 was not sent by God. What then do we do with Genesis 6?

Or take Joshua and the battle of Jericho. After marching around the city according to God’s instructions, the walls fell down and killed most of the residents of Jericho. It wasn’t exactly a storm that caused the walls to fall down, but since Jesus never killed anyone by having a wall fall on them, are we to say that God did not actually give Joshua these instructions? If not, then why did Joshua do this, and how did the walls falls down?

We could talk about the Ten Plagues, the parting of the Red Sea, the conquest of Canaan, Gideon’s victory over the Midianites, the storm that God sent upon the wayward Jonah, and so on. If Jesus it the guiding interpretive principle for these Old Testament texts, then we must say that in every one of these cases, God did not actually give the instructions the Israelites that are recorded in the Bible, and if that is the case, then where did the instructions come from and what actually happened in these events? Must we simply chalk them up to myth? I am not ready to do that. 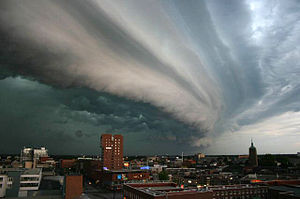 I have another theory percolating in the muddy recesses of my mind. I have discussed it only with my wife, Wendy, and she says that of all the theories, it makes the most sense. But since I have not read this theory anywhere else, and have not sincerely thought through the ramifications of this theory, I am not ready to share it.

Until then, it seems best to conclude that in some way or another, God does send storms. From the entire testimony of Scripture, this seems to be the safest option, the one accepted by most people throughout time, and the one least likely to get us branded as a heretic. If you are interested in reading about this topic more, here are some books I recommend. I am not saying I agree with what is written in these books, only that they have raised some of these questions I am asking above, and have made me think.

Other than these, are there other books you have read which deal with the difficult question of the God of the Old Testament behaving in ways which seems contrary to the God revealed in Jesus Christ?

And what do you think of these debates? Does God send storms, famines, and earthquakes? If so, how do you reconcile this with the nature and character of God revealed in Jesus Christ?