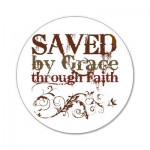 Though discussed briefly in a previous post about free will, it is important to once again emphasize the truth that faith is not a work.

To begin with, it helps to remember the definition of faith we learned earlier: Faith is being convinced or persuaded that something is true. As such, we cannot choose to believe. Faith is not a work and is not meritorious because faith happens to us. We are convinced, we are persuaded, as God reveals Himself to us through His various forms of revelation.

With this definition of faith in mind, it is absolutely true what most Calvinists say, that God must take the first step.

God has taken the first step

In fact, God has taken more than just the first step; He has taken the first billion steps. He provides revelation through creation, conscience, Scripture, dreams, visions, and angelic messengers. He sends prophets, missionaries, pastors, teachers, and evangelists to share the Gospel. He sent Jesus to fully reveal His character and nature to humanity. He sends the Holy Spirit to convict the world of sin, righteousness, and judgment, and uses the Holy Spirit to draw all people to Himself (John 6:44; 12: 32; 16:7-11; Acts 16:14, 29-30; 24:25).

He sends forth His grace and mercy upon all people (John 1:9; Titus 2:11). He forgives all sin, and is patient, loving, and kind to all. These steps, and countless more specific steps in the life of each and every person, are the sorts of things God has done on our behalf to call each of us to believe in Jesus for eternal life. Human faith, then, is not the first step, or even the millionth step, in the process of coming to God or believing in Jesus for eternal life.

People are able to believe in Jesus for eternal life because God has first done absolutely everything that is within His power, made everything available to us by His grace, and flung open the door to eternal life by His will. It is only because of this multitude of “first steps” by God toward us that anyone and everyone who wants to receive God’s offer of eternal life may do so by simply and only believing in Jesus Christ for it.

Once we have believed in Jesus for eternal life, this does not mean that faith has no more place in the life of the believer. Just as we have received Jesus Christ Jesus, so also we must continue to walk with Him (Col 2:6). And how is it that we received Jesus? By faith. Future faith builds upon our former faith. Believing simple and elementary things allows us to later believe more difficult and hard things. This is what the Bible means when it talks about going from “faith to faith” (cf. Rom 1:17). But even this ongoing, sanctifying faith is not a work.

In order to move from believing one truth to believing another truth, it is true that we must act upon the faith we already have, and pursue the truth that follows. But even this sort of ongoing, sanctifying faith is not meritorious (Rom 4:16). It is simply faith at work; faith that energizes our life.

We will talk more about James 2 in the chapter on Perseverance of the Saints, but as a bit of a preview, James has been widely misunderstood to be saying that an inactive faith is a non-existent faith, when in reality he is saying that an inactive faith still exists; it is simply unproductive. James does not want unproductive faith. He wants us to act upon our beliefs. James is not saying that faith is a work, nor is he saying the true faith always reveals itself through works. James and Paul are in full agreement: faith is the opposite of works (Rom 4:5), but faith energizes our works (Jas 2:14-26) and leads us on toward greater faith.

So no matter what stage of faith we are talking about, faith is not a work. There are different things people can believe which lead to different results. But no matter what is believed, the faith involved in that belief is not a good work. It is simply being persuaded and convinced about what we have been told. When we believing in Jesus for eternal life, we have become persuaded that Jesus, as the author and finisher of our faith, loves us, forgives us, and freely grants eternal life to us, not because of anything we have done but simply and only because of God’s grace toward us. 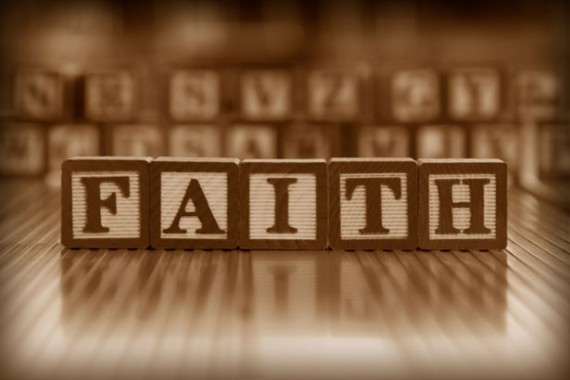 Some people object that John 6:28-29 teaches that faith is a work. John MacArthur, for example, uses John 6:29 in The Gospel According to Jesus to teach that faith is a work, and therefore, not something human beings can accomplish. He says that since faith is a work, it cannot be “merely a human work, but a gracious work of God in us” (John MacArthur, Gospel According to Jesus, 33). Several things can be said against this, beginning with what Jesus was actually saying in John 6:29.

In this text, Jesus says “This is the work of God, that you believe in Him whom He sent.” From a cursory reading of this text, it certainly seems that Jesus is equating faith with a work. But when the verse is read in context, it shows the opposite. In the immediately preceded context, Jesus has told some of His followers that they should “not labor for the food which perishes, but for the food which endures to everlasting life” (John 6:27). In response, some of the Jewish people who were listening to Him ask, “What shall we do, that we may work the works of God?” (John 6:27). Jesus answers by telling them that the work of God is to believe in Him, that is, in Jesus (John 6:28).

By saying that the work God wants is for people to believe in Jesus, Jesus was saying that the work that God desires is not work at all, but the opposite of works, which is faith. God does not want us to “do” anything for Him, for He has already done everything for us. He simply wants people to believe in Jesus for eternal life, thereby recognizing that everything which needs to be done has been done in Jesus.

The Bible Contrasts Faith and Works 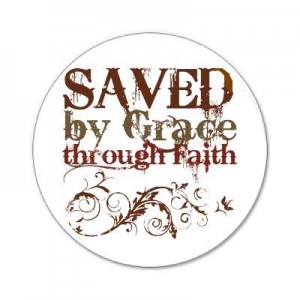 Beyond even this, however, the idea that faith is a work, and therefore a work of God in the heart of the unbeliever is “a theological fiction which cannot be supported from Scripture” (Kevin Butcher, “A Critique of The Gospel According to Jesus,” JOTGES 2 [Spring 1989], 38). The Bible everywhere contrasts faith and works so that if one attempts to accomplish something by faith, it cannot be said to have been done by works, and vice versa.

Faith involves the abandonment of any attempt to justify oneself and an openness to God which is willing to accept what he has done in Christ. The same applies here in regard to salvation. Faith is a human activity but a specific kind of activity, a response which allows salvation to become operative, which receives what has already been accomplished by God in Christ (Lincoln, Ephesians, 111).

Phrases like, “For by grace you have been saved through faith … not of works …” (Eph 2:8-9), and, “to him who does not work but believes” (Rom 4:5), are complete nonsense, if works are part of the definition of the words faith and believe. If a woman at a wedding reception said, “The one who does not move, but dances, enjoys the reception,” you would wonder if she had had too much to drink because moving is part of the definition of the word dances (Hawley, Guts of Grace, 124).

Faith is not a work, but is the opposite of works, and as such, faith is in no way meritorious.