You are here: Home / Genesis 6:5 and Genesis 8:21 do not teach Total Depravity

Yesterday we briefly looked at the Calvinistic understanding of Genesis 6:5 and Genesis 8:21, and how they use these verses to defend the doctrine of Total Depravity. In this post I want to look at how these verses can be understood differently.

Learning what these texts mean begins with seeing them in the context of the the flood, and the events leading up to the flood. 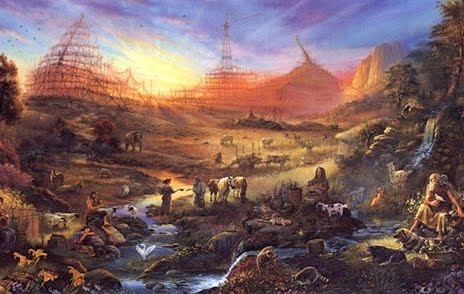 One primary point of Genesis 6–8 is to show what humanity has done with the knowledge of good and evil gained by eating the forbidden fruit in the Garden of Eden. It has not brought anything good, but has resulted in only evil, violence, death, and destruction.

This point is proved by the fact that Genesis 6:5 and Genesis 8:1 form an inclusio around the flood account of Genesis 6–8. An inclusio is a form of writing which emphasizes the point of a text by putting the main idea at the beginning and end of a text to serve as “bookends” around the text. These bookends draw the attention of the reader to the main theme of the text.

Since the account of the flood begins and ends with two verses about the universal sinfulness of humanity, these two texts are making a critical point about the reason and results of the flood. What is most surprising is the point that is made. Genesis 6:5 is written to provide an explanation for why the floodwaters came upon the earth. The idea is that the waters cover the earth because violence covered the earth (Gen 6:11).

The Flood Did Nothing to Fix the Problem of Sin

Yet after the event of the flood, God says the most startling thing: Despite having nearly wiped humanity off the face of the earth, the drastic measure of the flood did nothing to fix or correct the human condition. All the thoughts and imaginations of man’s heart is still only evil, even from youth (Genesis 8:21).

Does it mean that God failed in His attempt to wipe evil off the face of the earth?

No, it means something else entirely.

It means that while death and destruction is the result of evil, death and destruction cannot solve the problem of evil either. It is always a temptation for individuals, rulers, and governments to think that they can defeat evil with violence, but here, in three of the opening chapters of the Bible, we are told that violence and destruction does not and cannot eradicated evil.

But beyond this, the fact that evil continued to exist in the hearts of men after the flood serves as a warning for all who live after this terrible event. 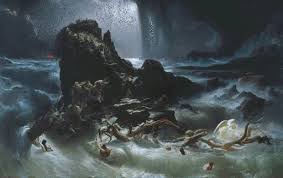 Through the story of the flood, the author of Genesis is telling his readers to understand that when we form our thoughts after evil instead of after God, only death and destruction follows. Noah serves as a positive example of what happens to those who follow God and faithfully obey Him, even though the entire surrounding society and context is engaging in evil continually.

Genesis 6-8 is Not Teaching Total Depravity or Total Inability

When read this way, Genesis 6–8 is not a passage about humanity’s inability to hear God or follow Him, but rather, is the exact opposite!

Genesis 6–8 is a text which warns the reader that if they form the thoughts of their hearts after evil, only death and destruction will result.

If, however, like Noah, they form their thoughts after righteousness and godliness, they will find grace in the eyes of the Lord, and He will guide them, protect them, and even deliver them from the floods of violence and destruction that come upon the evildoers.

Due to God’s destruction of humanity in the flood because of the sin which is described in Genesis 6:5, some might be tempted to think that God had wiped out evil for God. But Genesis 8:21 proves that just as evil existed before the flood, it exists after the flood as well. 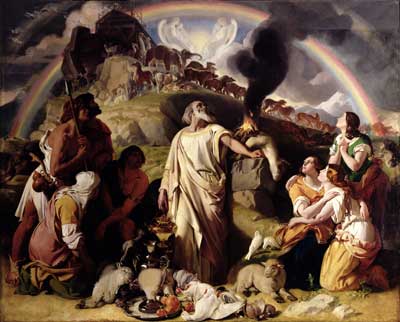 So although Genesis 6–8 does reveal that sin and depravity lie within the hearts of all people, these chapters also include a call for all people to form the thoughts and imaginations of their hearts after the holiness and righteousness of God, rather than after the evil and wickedness of the world.