You are here: Home / Redeeming Theology / Why God Appears Violent in Scripture

The Origin of Violence 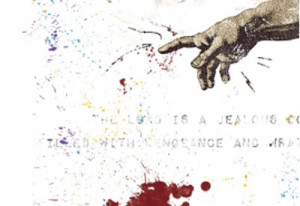 Throughout history and around the world, people have noticed that violence permeates everything. From birth to death, from galaxies down to sub-atomic particles, violence is omnipresent. Whenever people recognize this, they are left with only two basic options for the existence and origin of violence.

First, as I discuss in my book, The Atonement of God, some people decided that violence and evil were eternal and that God was constantly at war against this violence and evil, but would never overcome it. This view has come to be known as dualism, and while dualism is prevalent in many Eastern religions and has attached itself in various ways to most Western religions (including Christianity), most Christians would not say that evil is eternally co-existent with God.

The second option for the origin of violence is that somehow or another, violence and evil originated with God (or the gods). Though many in the ancient world had no problems with such an idea (just look at how the gods of Egyptian, Persian, Greek, Roman, and Egyptian mythology behave) such a suggestion is not acceptable to most people today. Ever since the time of Plato (and as a result of his ideas), the gods are supposed to behave in morally superior manner, and not simply be extreme manifestations of humanity’s deepest emotions and desires.

God and the Origin of Violence

Since neither option for the origin of evil and violence appeals to most Christians, numerous theories have been proposed for how violence and evil can exist in God’s good creation while not being eternally existent with God nor having its origin in God.

Some say the violence came directly from God, while others said its origin was in evil spiritual beings who rebelled against God, or even in mankind ourselves, but such options beg the question about why God would create beings who were capable of such evil.

Regardless of which view people today hold regarding the origin of evil and violence, it cannot be denied that civilizations of earlier eras believed that since all creation was violent, and since all creation came from God, that therefore, God also was violent. How else, they thought, could violence exist? If God did not will it, want it, or command it, violence would have no place in the world.

Such a view is not surprising, for many people today believe the exact same thing.

The Origin of our OWN Violence

But more than the origin of violence, people needed an object on which to blame their own violence. For while everybody hates violence in others, we always seek to justify the violence that we ourselves exhibit.

Whenever we ourselves commit violence, we almost always find some way to blame it as a necessary response to the actions of others against us. Sometimes, when our violence has no one else to blame, we place blame upon God. 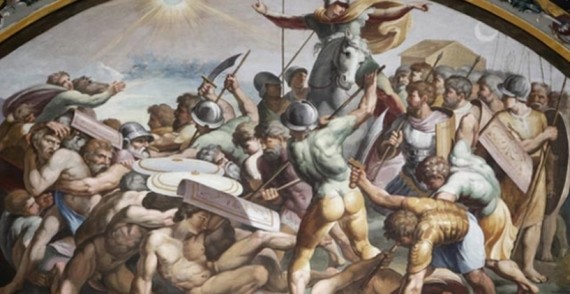 If we deny that God is the source of our violence, then we are left with only two options: either we must call our violence “good” or we must accept that we ourselves are terribly and inherently violent.

Though some theologians take the first option and some warriors take the second, the vast majority of mankind prefers to blame their violence on God. The violent God of a violent creation is the perfect target for our own violence. The word “target” is used intentionally. When we blame God for the violence we ourselves commit, God becomes both the justification for our violence, and the victim of it.

So why does God appear violent in Scripture? Because we have blamed God for our own violence. (See my book, The Atonement of God, for a longer explanation.)

God appears violent in the Bible because humans would rather blame God for our violence than admit that we ourselves are violent. And as we have seen in previous posts, and will see in future posts, God willingly accepts the blame (or responsibility) for our violence because He is seeking to rescue and deliver us from it.