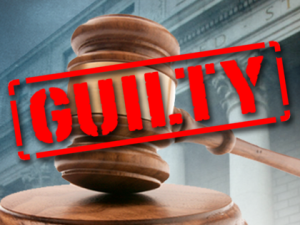 I am beginning a short series of posts on how to understand the Old Testament passages where God commands Israel to slaughter people. I have an idea “in the works” for how to deal with these troubling texts.

By way of full disclosure, I have not read this idea anywhere else, which means it is probably wrong and may get condemned by some as “heresy.”

So far, the only person in the world I have talked about this with is my wife. She lovingly stayed up until almost 2 AM the other night discussing this idea with me, and in typical Wendy fashion, punched numerous holes in it. That is one of the many reasons I love her! She may not consider herself a theologian, but she has what I call “intuitive theology.” She knows the heart of God more than anyone else I know, and so while she may not know all the logical arguments or Scripture passages for various theological views, she senses rightness and wrongness in various theological positions.

All this is to say that Wendy is not yet convinced of my view, but wants me to incorporate an alternative view (which I shared with her a few months ago but have not ever read anywhere else) into this new view. I told her that I am not sure it is possible to do, but I would try.

That is what these posts are about. I have these two competing and alternative views on how to understand the difficult texts in the Old Testament, and both have major strengths and weaknesses (just like all theological views). The greatest weakness of both views, however, is that I know of no other theologian who holds them. So I feel like I am tilling rocky soil… it is slow going.

But I always think best when I write, and I always appreciate the interaction from other thinkers and writers (that’s YOU), and so am going to write this series of posts and see where they lead. I may end up painting myself into a corner, in which case I will have to scrap the whole project. OR, maybe as a result of tilling this rocky soil, we will find fruitful ground in which to sow our theological seeds by reading the Old Testament in a whole new light.

So, are you ready for the ride?

Let’s begin with this:

If God went to Trial, God Would Get Condemned

I watched a fascinating movie several years ago called “God on Trial.” It takes place in Auschwitz when several of the Jewish prisoners there decide to put God on Trial for the crimes He has allegedly committed through the centuries. Spoiler alert: There is a compelling section of the movie where they ultimately decide that God is guilty. Yes, they hand God a “Guilty” verdict.

I just searched online, and found the clip on YouTube:

As a result of this clip, I watched the whole movie. The movie is based on a book by Elie Weisel, The Trial of God. The thing I like about this movie is that the script struggles with the hard questions. The Jewish prisoners are honest with the text of Scripture. They take it at face value and do not try to sugar coat what it says or explain it away. They do not retreat to some of the typical answers such as “The Bible is wrong” or “God was accommodating Himself to a fallen world.” No, they recognize that what the Old Testament says really happened, and that since God takes credit for it, God is guilty.

Along with these Jewish prisoners in Auschwitz, we must pronounce God guilty (No, that is not the idea I will develop, but it gives a hint at the direction we are going).

I can already hear the objections from the defense attorney (the church). “Oh no! You have misunderstood the text! You are taking it out of context! You are misreading it! You are maligning God!”

No, we are not maligning God. God has already maligned Himself by inspiring biblical writers to record horrendous acts against people, many of which appear to be on the same level as those crimes committed by men like Hitler, Stalin, and Saddam Hussein. 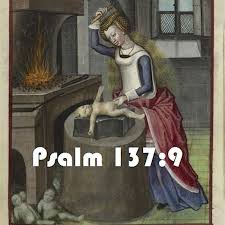 In numerous places in the Bible, God seems hell-bent on slaughtering people, including women and children. One of the most gruesome texts in all the Bible (maybe in all of history) is found in Psalm 137:8-9:

Yeah. Can you imagine singing this Psalm in church?

But it is in our inspired, inerrant, authoritative Bible, along with many other passages like it. 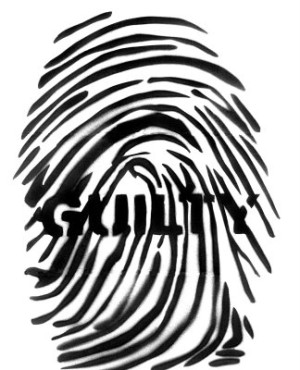 If you haven’t struggled with these depictions in Scripture, either you are not reading your Bible or you are not hanging out with non-Christian people (This is the most common criticism of the Bible from non-Christians).

Since I believe in the inspired, inerrant, authoritative Word of God, I must take these texts for what they say, and compare them with other texts which condemn murder and the slaughter of other people and say, along with the Jewish prisoners in the movie above, and along with atheists and agnostics of our day, that God is guilty.

If we allow the Bible to say what it says, we must conclude that when it comes to the charge of mass genocide, God is guilty.

If God is Guilty, Why Worship Him?

Ah, well, that is where my idea comes in, and which we will begin to unfold tomorrow.

I have been struggling with this question for several years now, and while I am not ready to claim I have a “solution” (nothing but pride would make such a claim), I do have a theological hypothesis which will be tested against Scripture. I do not have a perfect answer to this dilemma, but I am constantly working toward a solution. It is a hypothesis that will probably get me condemned as a heretic by some… but that’s nothing new.

The hypothesis is going to take several posts to unfold, and since it is little more than a hypothesis at this point, I doubt that I can answer all questions or make this hypothesis fit nicely into all texts. But I am laying it out here on this blog because I value the input from all of you.

So please, disagree if you want to, but also be gracious. I am learning along with you.