You are here: Home / Redeeming Theology / Our God of Wind, Storms, Fish, Insects, and Plants 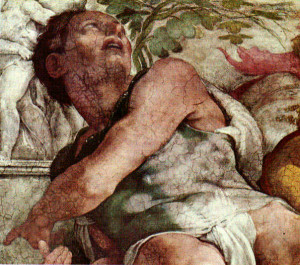 Whether or not a person believes that God sends storms, one thing that all agree on is that God can use storms to accomplish His will. And it is not just storms. At numerous places in Scripture, and especially in the book of Jonah, God uses a whole host of created elements to carry out His divine will. He sends wind and a storm. He sends a great fish. He sends scorching heat. He sends a plant, and a worm to kill that plant. And they all respond immediately and willingly.

But the one thing in the book which God tries to send which does not go willingly is a man: Jonah. Jonah eventually goes, but only grudgingly.

Does God send wind, waves, insects, and fish to help direct us toward His will? Such a view might make you look upon the daily “annoyances” of life a little differently. But can we really believe that the bug which just splattered on our windshield is somehow there because God told it to fly into the path of our car? If not, then how can we tell which natural elements were sent by God, and which are simply the results of a natural chain of events? Is there a difference?

A Question of Free Will

Does it come down a question of free will or is all divinely ordained? Both sides of the debate claim Jonah as defense of their views:

The one who believes in free will says, “See? Jonah has free will. God told him to go to Nineveh, but he went the other direction.”

“Yes,” counters the one who believes God divinely ordains everything. “But Jonah ended up going to Nineveh, didn’t he? God’s will cannot be stopped. All of creation is used by God to bring Jonah into obedience to God’s divine decree.”

Both sides make decent arguments, and at various times in my life, I have believed both. But as with most theological debates that have two polar opposite views, the truth most likely falls somewhere in the middle. 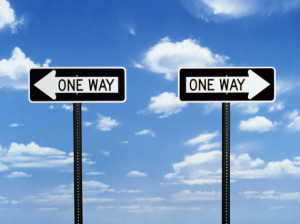 I believe that while God can control all things, down the tiniest detail such as the flight pattern of a gnat, He usually does not. His creation is good, and usually functions fairly well on its own. Sin has messed things up substantially, and so God has to intervene to keep things on track.

What track is that?

The ultimate track and goal toward which God is working, and toward which we are all headed: that heaven and earth will be reconciled to each other and that Jesus Christ will rule and reign over all creation forever and ever. This is the goal, the destination, the vision toward which we run. It is set in stone. It is irrevocable. It is certain.

But how we get there is another story. God has given creation great freedom. And while we can use that freedom to rebel against God and go against His will, God, in His infinite wisdom and power, can use whatever means necessary to keep the universe headed in the proper direction. Sometimes He may send a great storm to turn us around, while other times it may be a little worm.