You are here: Home / The God-ordained Scriptures (and other writings) 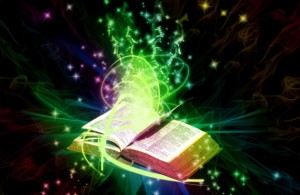 One blog reader, Jake Yaniak, left a comment that he had written something similar just a week or so earlier. I read Jake’s blog, but somehow I missed that post of his… When I went and read it, I was impressed at some of the ideas he was expressing. So I decided to post some of it here for you to read:

What do I believe concerning the Holy Bible?

Well, I must say that I am very much in agreement with the Westminster Confession, though with this difference: I also believe in a sovereign God.

This might sound strange considering the fact that it is often to the Westminster Confession that men appeal when they speak of God’s sovereignty. The confession states, powerfully:

“God from all eternity, did, by the most wise and holy counsel of His own will, freely, and unchangeably ordain whatsoever comes to pass; yet so, as thereby neither is God the author of sin, nor is violence offered to the will of the creatures; nor is the liberty or contingency of second causes taken away, but rather established.”

They state under the category of the Holy Scriptures that, “The books commonly called Apocrypha, not being of divine inspiration, are no part of the canon of the Scripture, and therefore are of no authority in the Church of God, nor to be any otherwise approved, or made use of, than other human writings.”

How can this be when they affirm that God is sovereign?

They speak like Calvinists when they write about God’s sovereignty; and they dodge the moral implications of Calvinism with the empty statement ‘neither is God the author of sin, nor is violence offered to the will of the creatures,’ ignoring the logical consequences of determinism like men who plant rhubarb and then hope to grow apples.

(And please do not plead “paradox” with me – it is only those who lack the “ground of truth,” as Hans Denck put it, who retain both thesis and antithesis without resolving them.)

But suddenly they speak like Arminians when they wish to cast off the Apocrypha, calling them “human writings” as if there could be such a thing in determinism.

If God, by the most wise and holy counsel of His own will, freely, and unchangeably ordained the precise wording of Bel and the Dragon, the action-packed sequel to the Book of Daniel, then how is this different from inspiration, where he is said to have ‘out-breathed’ or ‘spoken’ his Word to the prophets and apostles?

ALL things are created by his Word.

That includes the Apocrypha.

That includes the Bible in its original manuscripts.

That includes the manifold corrections, glosses, errors, typos, alterations and duplications it has seen since its writing.

That includes the NIV.

That includes both the long and short endings of Mark, as well as the original, lost ending.

That includes the Zend Avesta, the Mahabharata and its vampires, the Quran and the Lord of the Rings.

God is existence, and he speaks in all things, for all things are made by his Word and according to his irresistible, omnipotent will.

“The heavens declare the glory of God; and the firmament sheweth his handywork.
Day unto day uttereth speech, and night unto night sheweth knowledge.
There is no speech nor language, where their voice is not heard.”

This is just part of Jake’s post. The rest of it goes on to lay out this idea in more detail and defend it. I invite you to go read the whole post here and interact with Jake on it.