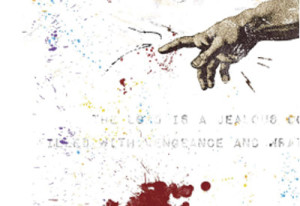 This post continues my attempt to “think by writing” about the problem of a violent God in the Old Testament. Please know that I learn by writing, and by interacting with others (in conversations and on this blog) about these matters. So what I write is not necessarily what I will believe, but is my attempt to think things through based on where Scripture seems to lead me.

So bear with me when I am not so clear (as in the last post), and as I sometimes seem to wander off into heresy (as in this post).

Let’s think through this together!

In the previous post, I said that basically, just as Jesus became sin on the cross (2 Cor 5:21…. and whatever that means… I am still not sure… but am researching and studying it, so if you have ideas, go back there and help me out…), I believe that God was doing something similar in the Old Testament.

When we look at what Israel does in the Old Testament and are repulsed by it, we can know that we are feeling the right thing, for this is what Jesus did on the cross. He became repulsive. He became despised, rejected, forsaken, and shamed (Isa 53:3).

So also with God in the Old Testament. If we despise what He is described as doing, and are tempted to reject and forsake those shameful depictions of God, then we are feeling exactly what God wants us to feel.

Rejection of the violent portrayals of God is good and godly.

Many people believe that God is a moral monster, that He is guilty of horrendous crimes against humanity, that His hands are covered with more blood than Hitler, Stalin, Mussolini, and Pol Pot combined. 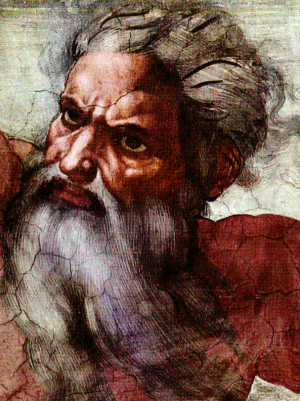 A constant criticism from atheists is that the God portrayed in the Old Testament is not good. They accuse Him of commanding genocide and mass murder, of condoning infanticide, slavery, and rape, of starting wars, sending floods, razing towns with fire and brimstone, and ultimately, finally, after He has killed and plundered His way across the pages of history, He takes those who have suffered and bled by His hand throughout life and as the icing on His bloody cake, He sends them to scream and burn forever in the torment and torture of hell.

And how does God respond to these accusations?

When people accuse God of being guilty, He agrees. God pleads guilty. He declares Himself “Guilty as charged.”

One of the central traits of God is His complete and utter holiness (cf. Isa 6:3; Rev 4:8). God is also completely loving and righteous (1 John 4:8, 16; Dan 9:14). God Himself does not sin, nor does He cause anyone to sin, or even tempt people to sin (Heb 4:15; Jas 1:13). We could go on and on but there is no need. This trail of theology is well-trodden by scores of other theologians and Bible teachers.

God is Holy; God is Love

The argument here is that these numerous and detailed portrayals of a loving, just, and righteous God have left out the most vivid and beautiful examples of God’s love, justice, and righteousness.

What examples are these?

Those that depict God as violent and bloody. Despite all appearances, these are some of the most beautiful and lovely portrayals of God in the Bible… and the most repulsive and repugnant. 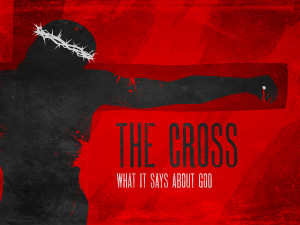 The blood on the hands of God in the Old Testament must be viewed like the blood covering the body of Jesus on the cross. It got there, not because God is guilty, but because God took the blame and guilt for the sins of others.

He absorbed the sin, soaked it in, and took it upon Himself.

How did He do this?

He inspired the biblical authors to write that He was the one commanding them to do the evil things that they had already set out in their hearts and minds to do. He did not command them to do evil, but saw the evil that they were about to do, and took that evil onto Himself by claiming responsibility for it. In this way, God became sin for Israel just as Jesus became sin for us.

Okay, that is enough for this post. I will continue to attempt to explain and unpack this in future posts, and eventually look at some actual texts of Scripture where we see this happening. But for now, what are your thoughts?