You are here: Home / God the Sin Bearer 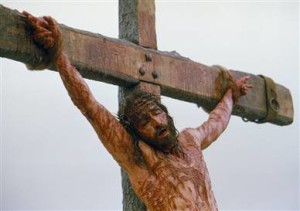 In previous posts I have suggested that Jesus became sin for us (2 Cor 5:21), and since Jesus reveals the Father to us, it seems to follow that maybe this is what God was doing in the Old Testament in the violent sections.

There are various ways this could be described. Just as Jesus became the sin-bearer for the world, maybe we could say that God made Himself the sin bearer for Israel. Or maybe we could say that He absorbed their sin, or soaked it up, took it on, took the blame, took the fall, or bore their “sins in His own body on the tree” (1 Pet 2:24), and in the case of God, His body and the tree would be the divine revelation of Himself in Scripture.

This does not mean that God is guilty for these horrendous crimes. He is not.

How did God Become a Sin Bearer?

There is great mystery in how this worked for Jesus, but if we read the actions of Jesus back into the actions of God in the Old Testament, and we see there how God took the sins of Israel onto Himself through the inspired revelation of Scripture, then this helps us somewhat understand how Jesus accomplished this for the sins of the whole world on the cross.

Reading the Old Testament depictions of God in the light of Jesus allows us to read about Israel and God’s commands to them in a whole new light. If Jesus perfectly reveals God to us, then God would never command Israel to do the things they do. And yet if the Bible is inspired and inerrant, then we must say that God inspired the human authors to record that He did issue these horrible commands. 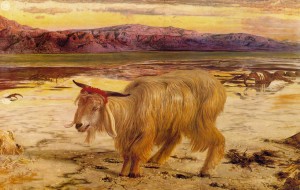 Why would God do that? To take the blame. To be the ultimate scapegoat for Israel.

The Israelites—just like any other nation at that time (and even today)—sought to do horrible things to their enemies. Such behavior was contrary to the will of God, and especially against God’s plan for Israel to be a blessing to the entire world (for one does not bless people by killing them).

This is also true with God’s chosen people Israel. If they want to go to war to kill and slaughter people, God could not interfere. Instead, however, He inspired the biblical writers to record that He was the one giving the Israelites the commands to go to war against their enemies.

Though God did not want Israel to do these things, when they set out to do them God inspired the authors to write that He was the one who told them to do it.

Why would God Act as a Sin Bearer for Israel?

Just like Jesus on the cross, God takes the evil of Israel and puts it on Himself. He takes their guilt and ascribes it to Himself.

God is not guilty for the sins of Israel, for they are ultimately culpable, but He takes the guilt for their sin because, like any good Father, He would rather suffer for the mistakes of His children than have them face the penalty of the law.

Up until Jesus died on the cross, the question of what kind of God Yahweh was went unanswered. But Jesus revealed ultimately and finally who Yahweh truly is and what Yahweh is like.

We will continue to look at this concept in more detail tomorrow. For now, is this view making more sense? Is it too much to swallow? What are your reservations about this view so far?