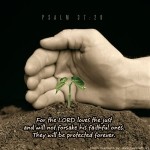 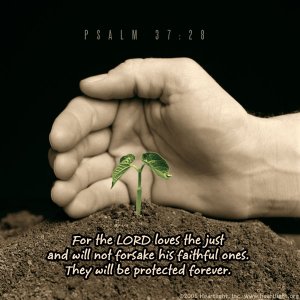 Frequently, due to sin, rebellion, and the other factors, God simply withdraws His protective hand and allows sin, Satan, and chaos to have their way.

Everything we have seen in the Chaos Theory leads up to this final point. God has incarnated Himself into the world in such a way that He gives away aspects of true freedom and power to His creatures to do with it what they will. But when we misuse this freedom and power, God does not (indeed cannot) simply stop the ways we abuse our freedom and power, for then it would no longer be genuine freedom or power.

As a result of our rebellious decisions and misuse of power, nature flies out of control and creates chaos all around us. Satan, who is at war with God and His creation, seeks to destroy anything that comes from God or aligns itself with God. And wherever sin is found, it eats away at everything it touches. Through His incarnation and by His infinite wisdom and foreknowledge, God slows the death and decay down, and rescues those who are perishing in sin and destruction, but frequently, due the nature of sin, the consequences of abused freedom, and the misuse of power, God cannot stop the natural results of rebellion. When this happens, nature falls into chaos, the destroyer destroys, and sin brings death.

When humans persist in sin despite God’s frequent attempts to call them toward obedience and to warn them of what will happen if they continue down the path they are on, there comes a point where sometimes, God simply withdraws His hand of protection and allows people to suffer the consequences for their sin, for chaos to reign, and for Satan to bring death and destruction. I have put this principle last because I think that this element of the Chaos Theory is the last resort for God.

When bad things happen to us in life, we should not be too quick to believe that God has withdrawn His hand of protection, but instead, should go first consider some of the other elements of the Chaos Theory as possible explanations for what has happened to us. So also with some of the terrible events in Scripture. We must not be too quick to say that God has withdrawn His protection from a certain person or place so that sin, death, and the devil can have their way. 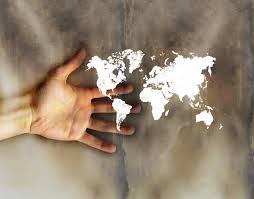 Nevertheless, there are times when God withdraws from some people so that they can suffer the consequences for their sin and rebellion against Him. Usually when this happens in Scripture, the text makes it fairly clear that this is what is going on, and often, this withdrawal is only after numerous and varied attempts by God to get the people to repent of their ways and return to Him and to warn them of what will happen if they continue to rebel.

There are several examples of this in Scripture, some of which will be looked at in the next chapter, but for now, we might see evidence of this sort of withdrawal of God’s protective hand in the words of Jesus in Matthew 23:37. In this text, Jesus says that God has sent numerous prophets to Jerusalem to call them back to obedience, but rather than listen, they continue to stone the prophets that are sent. Jesus says that God has wanted to gather them under His wing for protection, but they were not willing!

As a result, death and destruction will come upon Jerusalem. We must not read into this passage the idea that God is sending the death and destruction. No, the text is clear that God is trying to deliver and protect His people from the destruction, but they would not listen to His warnings and were not willing to come to Him. And so, death would come, not from God, but from the armies that would sweep in and leave not one stone standing upon another.