You are here: Home / z / God’s Policy of Non-Intervention 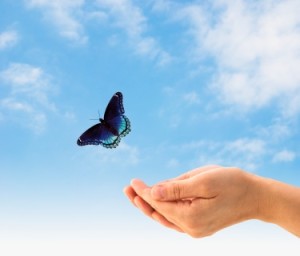 Before we can look at specific Bible passages regarding the violence of God in Scripture, it is important to develop a framework which helps us understand what is going on within and behind these violent texts. I have six points of this framework, which I call “Choas Theory.”

The first point of this Chaos Theory is this:

The first principle to recognize about the violent events that happen in this world, whether they are naturally occurring events such as earthquakes and tsunamis or man-caused events like war and terrorism, is that none of these are caused by God. God does not orchestrate suffering, cause death, send storms, destroy lives, or bring about death. He allows these things, He even uses these things toward His good ends, but He does not cause them.

In the beginning, God set up a universe with genuinely free creatures, which can truly impact their surroundings—for good or for evil. The reason God did this is because if God wanted real relationship with His creatures, ones He could love and who could love Him in return, there was no other way to do it. Relational love, if it is to be real love, must be free love. Love that is forced is not love; but something closer to psychological rape. Real love cannot force itself on others; nor can it force others to love in return.

Since God wanted true and genuine love with us, He gave us true and genuine freedom. God knew the risks of such a gift. In fact, based on His divine foreknowledge and His experience with the rebellion of the angels, God knew that His gift of freedom to humanity would likely result in our rebellion as well. And it did. But when Adam and Eve sinned, God did not step in to stop them. To do so would have been to deny their genuine freedom. Freedom isn’t freedom if God stepped in to stop things when freedom is used in wrong ways.

Like it or not, just as this was true of God letting Adam and Eve use their freedom as they did, it is also true of God letting each and every person on planet earth use their freedom as they will. Just as God did not stop Adam and Eve, He does not stop us from saying mean things to our spouses, cheating on our taxes, overeating, or letting a curse word slip every now and then. Nor does He stop murderers, thieves, rapists, and child molesters. We wish He would, but once God intervenes in the freedom He has given, it is no longer freedom. For God, freedom is worth the cost.

This is what I call God’s policy of non-intervention. Because God has given freedom, He chooses to not intervene when we use this freedom in sinful and evil ways. In fact, He cannot interfere and allow freedom to remain free. 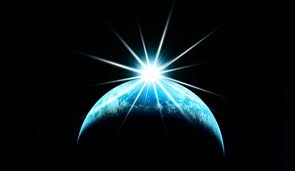 Maybe this is too strongly stated. It is not that God doesn’t intervene; He does intervene, probably more than we know. He just doesn’t intervene at the times we wish He would or in the ways we think He should. “If God’s role in the world was that of a perpetual Mr. Fixit, it has not, to say the least, been particularly self-evident” (Capon, Romance of the Word, 189). And when God does finally show up to “fix things,” it is not like Zeus—with thunder in His footsteps and lightning in His fists (as one Christian worship song so gleefully claims)—but with nails through His feet and hands and a spear through His side. “When the invisible hand that holds the stars finally does its triumphant restoring thing, it does nothing at all but hang there and bleed” (Capon, Romance of the Word, 221).

God is Involved, But Not In Ways We Expect

All of this reveals that when it comes to managing the world, either God does not seem to be doing much at all, or (more likely) God’s way of guiding and managing the universe does not look at all the way we expect or want. He gives freedom to His creatures, and then lets them live within the limits of their freedom, and only rarely intervenes or interferes. When He does interfere, it is only in ways we usually cannot see, or in response to our requests.

This first principle of the chaos theory helps us see that when evil things happen, it is not because God is causing them, nor is it because God was powerless to stop them. Quite to the contrary, God used His immense power to give genuine and real freedom to humans, and often, the evil things that happen are a result of our misuse and abuse of that freedom. God does not stop these actions because God cannot do so and still allow freedom to be free.

I have a little bit more to say about this first point of the Choas Theory, but for now, what are your thoughts and/or objections? Leave a comment below!