You are here: Home / How do you heap burning coals on the heads of your enemies? 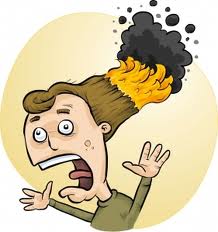 Proverbs 25:22 instructs us to heap burning coals on the heads of our enemies.

But what does that mean?

Pastors and other Bible teachers have noticed this connection, and many have gone into great hermeneutical contortions trying to explain how it would be a good think to light your enemy’s head on fire.

I even heard one pastor say that when we were kind to our enemies, but they refused to repent and become a Christian, this would only increase their suffering in hell.

Aside from the troubling idea that anybody who is not a Christian is our enemy (!!!), what sort of person only serves others so that their future suffering in hell will intensify?!

This is probably an extreme Christian view (I hope so anyway), but most commentaries I have read on this text interpret the burning coals in some sort of figurative way so that it refers to something along the lines of the convicting work of the Holy Spirit, or a searing of the mind with the truth of God’s Word, or bringing upon your enemy a red face of shame, or something like that. Regardless, most Christian teachers believe that heaping coals on the head of your enemy refers to some kind of pain or punishment inflicted upon your enemy.

As it turns out, heaping coals on someone’s head is not figurative after all. And it is definitely not talking about hell or anything negative.

To the contrary, the statement about heaping burning coals on the heads of our enemies is parallel to the statements about blessing our enemies with food and water. When this Proverb was written, people heated their homes and cooked with fire. But sometimes, a person’s fire would go out during the night, and before they could cook their breakfast, they had to go to a neighbor’s house to get a coal so they could relight their fire.

So Proverbs 25:22 teaches that if the fire of your enemy goes out, and they come asking for a coal to relight their fire, instead of turning them away or giving just one, we should be be extravagantly generous. How? We must keep one coal for yourself, and give all the rest of the burning coals to our enemy.

One commentary that gets it right is the Bible Knowledge Commentary on Proverbs. It says this:

Sometimes a person’s fire went out and he needed to borrow some live coals to restart his fire. Giving a person coals in a pan to carry home “on his head” was a neighborly, kind act; it made friends, not enemies.

Proverbs 25:22 instructs us to give our enemy so many burning coals they have to carry them the way burdens are carried in the Middle East: in a container on the head. Then they can go back and immediately bake their bread without having to wait for the wood to become suitable coals for cooking. 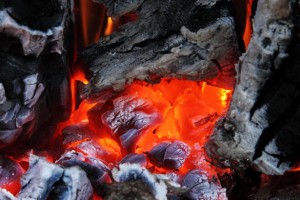 This is quite different than setting someone’s head on fire.

This understanding of the burning coals makes more sense, doesn’t it? Yes, and especially in light of Jesus’ instruction in the Sermon on the Mount to bless our enemies and pray for them. Jesus points that God sends rain on the righteous and the unrighteous and the sun to shine on the evil and the good and we should do the same (Matt 5:45). And of course, this is exactly how Paul used the passage about burning coals in Romans 12:20-21, where he concludes by saying, “overcome evil with good.”

This reminds me of how Abraham Lincoln responded when asked why he did not seek to destroy his enemies, but showed them leniency instead. He said, “Do I not destroy my enemies when I make them my friends?”

We are to Love Our Enemies

God does not want us to be nice to my enemies so that their judgment will be worse in the end. That is not love. He wants us to show love and kindness to our enemies simply because our enemies are people too and God loves them just as much as He loves us. Though our enemies may never turn to Jesus as a result of our kindness, we are to love them just the same.

This post is part of the February Synchroblog where bloggers were invited to write about the topic of loving our enemies. Here is a list of the other contributors. Go check out what they had to say on the topic!