You are here: Home / Help! I’m Lost and I Can’t Find Myself! 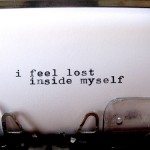 Nobody enjoys losing their keys, their watch, or their TV remote. But at least when you lose such things, you can go looking for them. One of the most helpless feelings I have ever faced was when I lost something important to me, but could not go looking for it.

What was it that I lost? 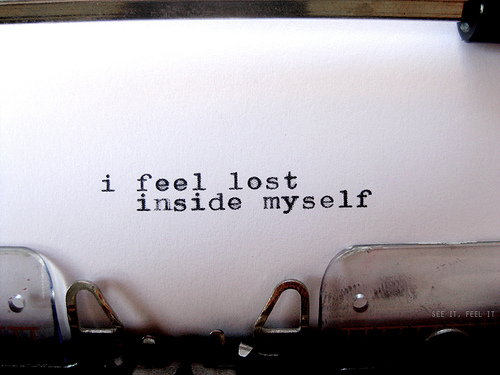 I lost myself. It was not that I got lost while walking through the woods or driving around a city. No, I lost myself. I lost who I was a person, my goals, my dreams, my values, my beliefs. There were times when I felt like I was beside myself, looking into my brain, and saying, “Who is this person? I don’t recognize him. He has no connection with the past. No plans for the future. How can this be me?”

At one point during this time, I tried to write an “About Me” page for my blog, and the best I could come up with was:

Who I once was, I no longer am. Who I am now, I do not recognize. Where I am going, I do not know. So who is Jeremy Myers? Hang around, and maybe we can figure it out together.

I know. Gibberish, right? But that was my life. It made no sense. It had little meaning. There was no hope for the future. No significance to the past. Due to a series of events in my life, all my dreams and goals lay shattered at my feet. I was Humpty Dumpty, and I did not think I could ever be put me back together again.

I Once was Lost…

I lost myself as a result of following Jesus. I have always prided myself in trying to hear and understand all sides of an issue before I take a stance. The problem with doing this, however, is that you might end up losing some of the convictions, values, and beliefs that define your identity and drive your future goals. In the process of researching some things that were fundamental to who I was, I lost my job and all my friends, nearly destroyed my family, and fell into deep depression, bitterness, fear, and anger.

During this time, I wrote a blog posts which described how I felt.

I year after I lost myself, I recognized glimmers of something being rebuilt within my life. I wasn’t sure what it was, or where I was headed, but for the first time in a long time, I had hope. I also wrote a post I wrote during this initial recognition.

Today, there is more hope than ever before. Though I still feel that large portions of me are lost forever, I am beginning to see a new “me” emerging. And though I am fearful every day that this too will be smashed to pieces, I like what I see.

What happened? Where did the renewed hope come from? How did I rise from the dead?

While some of the healing came simply as a result of the passage of time, a large part of me was found because the movie Citizen Kane. The movie begins with Charles Foster Kane on his deathbed. His last word before he dies is, “Rosebud.” The movie then focuses on investigative reporters trying to figure out what he meant. They are unable to uncover the truth, but at the end of the movie we discover that although Charles Kane had become very rich and powerful, the time in his life when he was happiest was when he was a boy sledding down a hill in his backyard. “Rosebud” was the name of his sled.

During the time when I felt that who I once was had died, I frequently thought back to times in my life when I was happiest. I thought about where I was, and what I was doing in those times. I discovered two common themes in these memories: I was nearly always in nature, and I was nearly always reading or writing.

So like a drowning man trying to keep his head above water, I began to frantically read and write. And it seems to be working. I have a renewed vision for the future. I see God’s hand at work, even in the pain of the past. I see restoration and healing entering my relationships. I no longer feel like I’m lost.

Reading and writing will not work for everyone who feels lost, but it has always been something that brought me peace, joy, and a sense of direction. I am not sure what it might be for you. But the way to start is by being Citizen Kane and looking back to the times in your life when you were happiest and felt like your life had purpose and meaning. Find the common activities or themes in these times, and then pursue them. They should not be something sinful or addictive, for these always bring destruction. It may be a person, a place, or an activity, but whatever it is, it should bring light, love, and restoration to your soul.

Do you sometimes feel lost? So did I. And I still do. I have found that the best thing  to do is sit down, breathe, and wait for the light to arrive and hope to appear.