You are here: Home / The Long History of Baptism

The history of baptism does not actually begin with the New Testament and the baptism of John, but many thousands of years earlier.

Baptism Did not Originate with Christianity

Baptism is not a uniquely Christian rite. Early Mesopotamian, Egyptian, and Eastern religions practiced various forms of baptism. A form of baptism is also a central religious rite in Hinduism, various Indigenous American religions, and of course, in Judaism. Other types of washings and purifications by water are practiced in nearly every other religion in the world, including Islam, Buddhism, and Shintoism.

In nearly every case, the washing with water represents purification and a movement toward holiness so that the individual worshipper may approach God to offer sacrifices or pray. 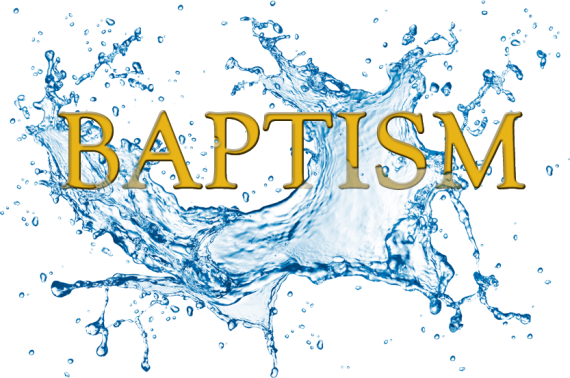 Of great interest to some historians is the fact that the ancient Sumerians, at their temple in the city of Eridu, worshipped the water god Ea. Astrological religions equate this deity with Capricorn, which is the sign of the zodiac that indicates winter solstice, the death of the previous year and the rebirth of the new year.

Of even more interest is that in Greek Hellenistic religion, the god Ea was called Oannes, or Ioannes. In English, we would say “John.” As a result of this, some have taken this to mean that the accounts in the Gospels of John the Baptist were fabricated, or “borrowed” from the ancient Sumerian myths. John does, after all, preaching that the old way is dead, and the promised Messiah is coming who will usher in a new era of peace for the entire world, and that those who want to participate in this new era must show it by going through the waters of baptism, much as the followers of Ea would have done 3000 years earlier.

It is best, however, to realize that John the Baptist was a real historical figure, and he really did come to the region of the Jordan preaching a baptism of repentance for the remission of sins. And many people came from Jerusalem and Judea to listen to him preach, and to be baptized by him in the Jordan River. And Jesus Himself came to be baptized by John in the Jordan (cf. Luke 3:1-22).

The fact that John is preaching a baptism of repentance for the remission of sins does not seem to fit with the fact that Jesus, who was sinless, would need to get baptized by John (Matt 3:14-15). But this dilemma fades away once we begin to understand the cultural and theological significance in baptism.

To understand this significance, let us begin by looking at the word baptism. Like the word “church,” much of the problem surrounding baptism can be done away with simply by properly defining the word itself. This we will begin to do tomorrow.

But for now, does it concern you to know that baptism was (and is) practiced by other religions in other times and cultures? Do you think this helps or hinders the significance of baptism?