You are here: Home / How Christians Kill Others 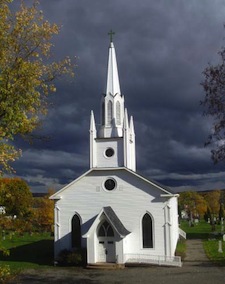 In years past, Christians often killed those whom they disagreed theologically.

Today, while we rarely cut off their heads, we may cut them off from their friends by telling people to stay away from them. We may not burn people at the stake, but we might do what we can to get them fired from their job. We may not arrest and imprison them, but we might bind them in chains of guilt and fear when we slander their name around town, preach against them from the pulpit, and tear them down in Bible studies.

When the people get kicked out of our fellowships, or finally leave because they are so frustrated, we quote a verse like 1 John 2:19, “They went out from us, but they were not of us, for if they had been of us, they would have remained with us,” so that all of us can feel better about treating someone so wickedly, for their departure simply proved that they were “false teachers,” of the “spirit of the antichrist.”

This is how we treat people who disagree with us. We may not actually kill people, but we do kill friendships, families, marriages, careers, and sometimes even people’s future relationship with God. When people get treated so poorly by those who claim to be acting in God’s best interests, some people end up wanting nothing to do with God, and often live much of the lives apart from Him. God alone is the judge of other people, but I sometimes wonder where He will lay the blame when people reject Him because “God’s people” rejected them.