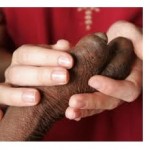 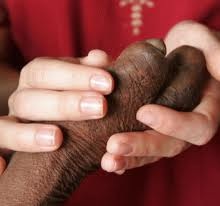 When I was in India several years ago, many lepers walked the streets and begged. Some were missing ears and legs. Some missed fingers and toes. Unlike what we read in the Gospels, however, they did not stand off at a distance, crying out “Unclean! Unclean!” No, they came right up and touched us. And they kept touching until we either shooed them away or gave them some money.

At first, remembering what the Bible says about leprosy, we were scared to be touched by the lepers, but our trip leader told us not to worry about it. First of all, 95% of the world’s population is naturally immune to leprosy. And most of the 5% who can get it live in tropical, overpopulated, underdeveloped areas like Brazil, China, and India. Aside from this, even if you are susceptible to leprosy, nobody really knows how it is spread, but one common factor is prolonged close contact with someone who has it. You most likely won’t get it if you hug a leper or share a meal with one. But even if by some chance you do contract leprosy, we now have medical treatments available in developed countries like America that can pretty much cure it.

Yet even though we knew we could not get leprosy, it was one of the saddest things I have ever seen. One old lady with leprosy attended a church service I spoke at, and came up to me afterward. With the aid of a translator, she asked me to pray for her — not that she would be healed, but that she would die. That’s not a prayer request you get every day.

But that is how horrible leprosy is. And because it is so horrible, and so little is known about it, lepers are often cast out from society. They are rejected. They are treated like refuse. They are feared. They are despised. They are neglected and scorned.

It is true now, and was especially true in the time of Jesus because of the Jewish purity laws and lack of medicine to do anything about it. And yet, in Luke 5:12-16, we read that Jesus went up to a leper and touched him. This was more than a touch, but was close to a full-body embrace. Such an action showed the leper that he was no longer an outcast. He was accepted. He was loved. Can you imagine the shock that the disciples felt when Jesus did this? Can you imagine the amazement and awe that the leper felt?

Who is like this around you? Who is rejected? Who is despised? Who is overlooked?

What can you do to show them love and acceptance?

This post is based on the Grace Commentary for Luke 5:12-16.