You are here: Home / I Hate Church Bullies

This is a guest post by Sam Riviera. He spends most of his time and energy caring for others in his community so that through his life and actions they might see Jesus. He has also written “14 Reasons I Never Returned to the Institutional Church.“ 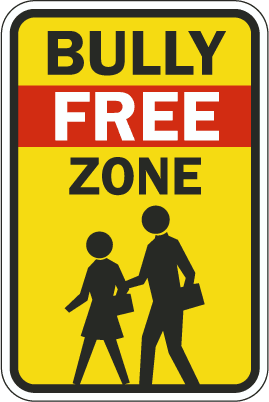 When I was in first grade I told my mother that one of the boys in my class was picking on me. Much to my surprise, my mother taught me how to protect myself. She taught me how to hold one arm in front of me to ward off blows while holding a balled-up fist behind it ready to throw a good punch if someone decided to punch me first.

If only it were that easy to respond to church bullies! A few well-placed punches and all the church bullies would stop bullying us for fear of suddenly acquiring a flattened nose.

How do we identify a church bully? Why do they bully? How can we best respond to them? (Even though they might deserve a flattened nose, I don’t advocate that response.)

How Do We Identify A Church Bully?

Church bullies usually give themselves away by what they say. Often, they might say things like this:

“A Christian would be at Wednesday night prayer service.” (I worked evenings.)

“A Christian would go to that Sunday school class.” (It was horrible. I’d have preferred going to the town dump to shoot rats.)

Then there was the fellow who literally tried to physically drag me to an alter to “get saved”. When I protested that I didn’t need to get saved a second time, he pointed out that I had missed church the past two Sundays, proving I wasn’t a Christian. (We were out of state, which he would have known if he had bothered to ask.)

There are many additional “color of authority” situations, where the person, under the “color” of their position in the church (be it pastor, elder, staff member, Bible study teacher, the “I’ve been a Christian for X years” people, the “I’ve studied the Bible for X years and know what it says” people, or whatever), attempts to impose their opinions and wishes on those over whom they somehow attempt to assume “authority” and control. 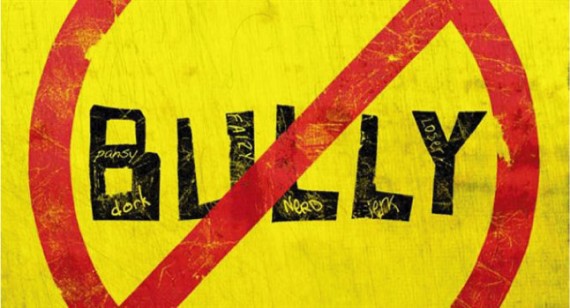 Why Do They Bully?

Church bullies behave as they do for a variety of reasons. I’ll mention a few reasons I’ve seen and in the comments section perhaps you can mention reasons you’ve seen.

First, church bullies are often people who love to be in charge. They like controlling people. They imagine themselves to be great leaders who are in a unique position to tell others how to live and what to do.

Second, church bullies almost always like feeling important and knowledgeable, be it about how the church should be run, what God and the Bible say, and how other people should think, live and vote.

Third, many church bullies are very insecure. Bullying other people seems to “prove” to them that they really are smart, buddies with God, and very knowledgeable about how most things should be done and how life should be lived.

In this third category I include those whose personal lives are out of control. In real life, their marriage is in a shambles, they’re having an affair, addicted to pornography, stealing from their employer and so on. Of course they believe that their situation is a “one-of-a-kind” exception to the rules they try to apply to everyone else. If they can’t control their own lives, at least they can control the lives of others. (We often discover their underlying issues many years later.)

Fourth, occasionally we encounter church bullies who are actually mean, evil people, pretending to be otherwise because they’ve found a place (church) where they can get away with their need to bully other people.

All of these bullies, however, choose churches as places to ply their trade because they’ve discovered that many churches allow them to bully. Those churches seem to believe (often they’re convinced by those who bully), that they should tolerate the bullying because that is “the Christian thing to do,” “their Christian duty.”

Attach a Christian-sounding description to the bully’s behavior (admonishing, instruction, correction and so on), and a Christian title to the bully (pastor, teacher, elder, deacon, “our beloved brother in Christ” or whatever) and suddenly they can almost do no wrong.

How Can We Respond to a Church Bully?

The method that most often works in my experience: Ignore church bullies. Most of them will eventually give up trying to bully us and move on to those who allow themselves to be bullied. 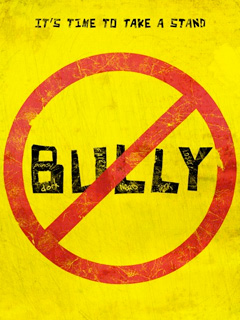 If the bully will not give up, confront them. Clearly tell them that their behavior (describe it briefly) is unacceptable and we will not tolerate that behavior. Explain what we will do if they do not stop the behavior immediately. That might include talking to the pastor or other leadership. If the pastor or other leadership is the bully, it may include talking to their peers in leadership.

Confronting church bullies can be terrifying for some of us. If the bully has done his job well, those being bullied will have been taught that confronting the bully is akin to punching God in the nose: God’s going to get really mad if you punch him, and if you confront a church bully.

There are situations where the bully has solidified his support among those he bullies. He has convinced them that he is always right. Anyone who opposes him is opposing God and the Bible (a sure mark of a church bully). In those situations, the best plan of action may be to leave the group.

I have heard the advice that one should always tell the church their reasons for leaving. In many situations that is good advice. However, in those cases where we have seen the church bully (bullies) continue to bully from afar those who have left (spreading false rumors about them and why they left), we would be wise to give no explanation. Even if we give no explanation, we should not be surprised if the bully invents an explanation and gives the church that explanation.

This is not a comprehensive list. In the comments please tell us about successful ways in which you have dealt with a church bully.

We’ve barely scratched the surface of this topic. This post is not the last word, but hopefully will begin a conversation. Where, when, or how have you seen church bullies in your life, and what did you do about them, if anything?