You are here: Home / John 8:43 does not teach total inability

Calvinists often refer to John 8:43 as evidence that the mind of the unbeliever is so enslaved to sin and bound to darkness that far from being able to do anything to please God, they cannot even hear or understand the truth of Scripture. Here is what Jesus says:

Why do you not understand My speech? Because you are not able to listen to My word (John 8:43). 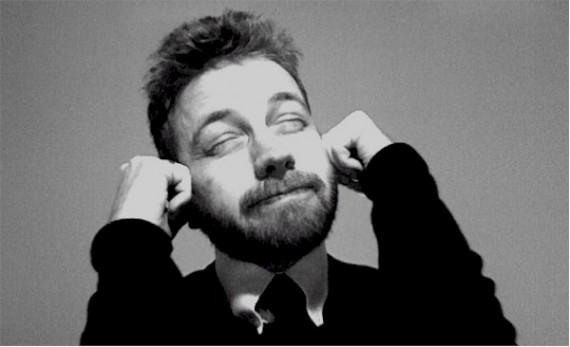 Since Jesus talks about their inability, this text is a favorite text for the Calvinistic idea of total inability (cf. John 8:47).

However, is this really what Jesus is saying?

First of all, it should be pointed out that an inability to hear and understand the message of Jesus is not necessarily the same thing as an inability to believe in Jesus for eternal life.

Nowhere in this chapter does Jesus say that the people to whom He speaks cannot believe. He says they cannot hear, which means they do not grasp, comprehend, or understand the truth of what He is saying.

Inability to Hear was Not Permanent

But even this inability to understand Jesus was not a permanent condition.

The Jewish people to whom Jesus spoke had developed this condition, and in John 8, Jesus warns them about it, inviting them to reject the lies they had come to accept, and believe in Him instead.

The real issue, then, is how they had come to believe the lies in the first place. To understand this, we must understand what had happened during the ministry of Jesus up to this point.

The Inability to Hear Developed Over Time

Jesus had come as the fulfillment of Jewish Messianic hopes, but since Jesus challenged many of the traditional Jewish teachings and traditions and refused to engage in a military campaign against the Romans, many of the Jewish people rejected Him as the promised Messiah (cf. John 1:11; 2:18; 5:31-47; 6:41-42; 7:25-31, 40-44). 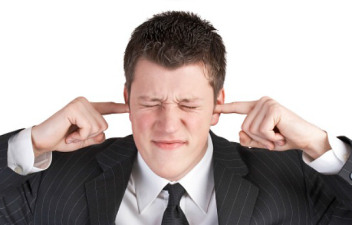 The consistent message of Jesus to the Jewish people is that if they continued to reject Him as the Messiah, they would eventually become completely blind to His message and ministry.

As they continued to reject the clear teaching and the accompanying signs of Jesus which proved He was the Messiah, they sank deeper and deeper into darkness (cf. Matt 12:31-45). Along the way, Jesus continued to warn them and plead with them, but they refused to repent and believe.

What this means is that the condition of being unable to understand what Jesus is saying is not something that the Jewish people began with from birth, but is a condition that developed over time as they continued to deny the truth they had heard and ignored the signs they had seen.

Rather than believe the truth about Jesus, they had chosen to believe a lie.

This self-deception was not permanent, and could be reversed if only the people who listen to Jesus and believe in Him.

Even in this very chapter, Jesus tells them the truth and invites them to believe (John 8:24, 45-46) before their unbelief become permanent. “From a not wanting to hear develops a not able to hear, an incapacity of giving a hearing to the message of Jesus. Unbelief has become an attitude of life” (Beasley-Murray, John: WBC, 135).

Interestingly, one famous Calvinist agrees with this explanation:

Jesus does not say they fail to grasp his message because they cannot follow his spoken word, his idiom, but that they fail to understand his idiom because they cannot “hear” his message. The Jews remain responsible for their own “cannot,” which, far from resulting from divine fiat, is determined by their own desire (theolusin) to perform the lusts (tas epithumias) of the devil (8:44). This “cannot,” this slavery to sin (8:34), itself stems from personal sin (Carson, Divine Sovereignty, 166).

So John 8:43 is not a statement about the lifelong inability of some people to believe in Jesus for eternal life, but is a warning to those who reject the Gospel, continuing instead to deceive themselves.

The longer we reject the truth, the harder it becomes to believe it. Jesus wanted people then (and now) to believe in Him for eternal life so that they did not die in their sins.