You are here: Home / Redeeming Scripture / Does Jesus condone the death sentence for children in Mark 7:10? 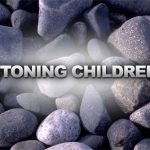 A reader recently sent in this question about Mark 7:10.

I was able to pre-order your book [The Atonement of God] and I can’t stop readingaF it! I am now on my third time around. It truly has continued to redeem my thought about our loving God, just like your blog. Thank you so much for blessing us with such a profound book.

Could you please help me with a passage I am having trouble understanding? Maybe you have written about it before, it’s Mark 7:10 where Jesus seems to agree with Moses “For Moses said, ‘Honor your father and your mother’; and, ‘He who curses father or mother, let him be put to death.’” I love the way you have taught us to understand the Old Testament, but here it seems like Jesus is agreeing with Moses about “God’s law” to put someone to death if they do not honor father or mother. I now know God is not violent, so what am I missing?

Thank you so much for considering my question. 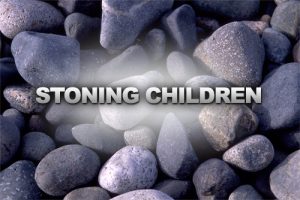 Here is an expanded version of how I responded to him:

What I wrote on page 195 in the book helps explain Mark 7:9-11. On that page, I explain that according to the book of Hebrews, one reason Jesus came was to redeem sin, and especially a certain kind of sin, the parabainō type of sin. This type of sin is the sin of misusing the law. This was using the law in a way that allowed people to sin and in so doing, legally do the exact opposite of the spirit of the law.

In Mark 7:9-14 The religious leaders had found a way to obey the letter of the law while completely ignoring its intent. People were dishonoring their parents (and in a way, even cursing them to death), but were not being “put to death” in response. Quite to the contrary, the religious leaders were saying that it was okay for children to not honor their parents and provide for them if the money that would normally be used to do so was given to the temple.

Those who focus intently on the law almost always find loopholes in the law so that they can obey the letter of the law while completely ignoring it’s intent.

This is a parabainō sin, a transgression of the law, and was the main type of sin Jesus was concerned with in His ministry. The “sins” that most of us Christians are concerned with today were never really on Jesus’ radar. He was only concerned with the religiously approved sins which turned the law on its head so that people could “obey the law” while completely disregarding its intent.

So when Jesus quotes the law in Mark 7:10 about putting children to death for cursing their parents, He is not necessarily quoting it with approval, but is instead pointing out how the religious leaders were using the law to do the exact opposite of what the law said. These adult children were dedicating their money to the temple so that they didn’t have to support their parents in their old age. And the way the Corban law worked, they could keep their money until they died.

In effect, these adult children were cursing their parents to death, which was the exact opposite of what the law said they should do.

Jesus responds to this situation by saying that if the religious leaders were really going to obey the law, these children who essentially curse their parents to death should themselves be stoned to death.

But then does this mean that Jesus agrees with what the law says on this point? Does Jesus condone the death penalty for children?

Well, first of all, it is the adult children of elderly parents who are in view.

Even still, I don’t think Jesus was saying that people should be put to death if they fail to take care of their parents. He doesn’t seem to be quoting that particular law from Exodus 21:17 favorably.

Instead, I think Jesus was simply pointing out that the religious leaders were not following the law at all, but were instead misusing the law in a way that allowed them to dishonor their parents, which was the exact opposite intention of the law (see 7:13).

What then would be the proper use of the law in these situations? What was the spirit of the law?

The law was focused on life. The goal of the law is life. The law didn’t want either children or their parents to die.

So the spirit of the law in this case would be that the children who had the money would not be allowed to dedicate it to the temple, but would be required by the temple and the priesthood to use the money to support their parents.

“Oh, but then how would the priests pay for the temple?” Maybe they wouldn’t. What’s more important, a building or your parents?

“Are you saying that people shouldn’t give to God?” No. What I’m saying is that giving to a temple is not the same thing as giving to God, and that God Himself seems to prefer that we use our money to support our family than for supporting the “work of the Lord” as the priestly class defines it. In other words, according to God, supporting your family IS the work of the Lord (cf. 1 Tim 5:4, 8).

Anyway, those are my thoughts. What are yours? Provide your input in the comment section below.