You are here: Home / Redeeming Life / In Favor of a Marriage Amendment 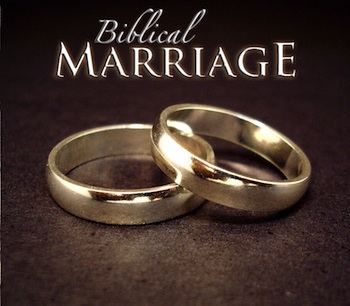 As the Supreme Court prepares to hear two cases about same-sex marriage, I wanted to weigh in on the subject of gay marriage and the attempt in many states to add a marriage amendment to their constitution defining marriage as between one man and one woman. Many Christians and conservatives (I consider myself both) want to define marriage “biblically.” That is, based on the Bible’s definition of marriage, they want it to become the law of the land that two men (or two women) cannot be “married.” They want to ban same-sex marriage through the Defense of Marriage Act, or at least not allow such unions to be called “marriage.”

I could be in favor of an amendment to the constitution defining marriage “biblically” IF we really defined it according to what the Bible says.  If we are going to define marriage biblically, we should go all the way.

So the Bible says that marriage is between one man and one woman. Fine.

But it also says that marriage is between one man and one woman for life. So divorce is out. Anyone who has divorced and remarried cannot be defined as “married.”

Also, the marriage bed should be kept pure, so there can be no sexual activity outside of marriage., either before, during, or after marriage. Anyone who slept around before marriage or who had an affair also cannot be defined as “married.”

And depending on how rigorous we want to apply the definition, we might be able to say that anyone who has looked at another person lustfully has already committed adultery with them in their heart, and so they have technically had an affair also, and so they cannot be biblically defined as “married.”

When we take the entire Bible to define marriage (instead of just a few obscure passages, marriage is defined as “The union between a man and a woman for their entire life, with absolutely no sexual activity or thoughts outside of this union forever.”

If we are going to vote in a “biblical” marriage amendment, that is what it should be.

But no one in their right mind would vote for such an amendment.

Which is exactly the point. 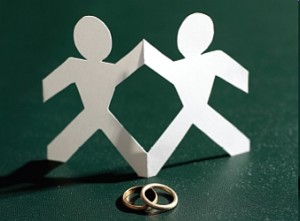 Look. I believe that when God created humanity, He intended marriage to be between one man and one woman. This was His ideal. This is what He wanted. Anything that does not fall within this ideal is missing the mark, which is the definition of “sin.”

So sure, homosexual activity is missing the mark of God’s ideal.

But so is divorce.

So is premarital sex.

So is having an affair.

So is hiring a prostitute.

So is lusting after another person in your heart.

All of these activities miss the mark of God’s ideal.

And the truth is that the Bible talks way more about these other behaviors than it does about homosexuality. The Bible mentions homosexuality six times at most, three times in the Old Testament and three times in the New Testament, and a couple of these are debatable depending on how the words are translated. But the Bible mentions divorce, and lust, and prostitution, and sexual activity outside of marriage hundreds of times.

Love and Forgiveness of God

But more than all this, God extends grace and forgiveness to all these areas that miss the mark of his ideal.

Does God love and forgive those who engage in prostitution? Of course!

Does God love and forgive those addicted to pornography? Of course!

Does God love and forgive those who have an affair? Of course!

Does God love and forgive those who have premarital sex? Of course!

Does God love and forgive those who get divorced? Of course!

So does God love and forgive those who are homosexual? The answer is simple: Of course!

Who are we to decide that one way of missing the mark is worse than all the others, especially when God seems more concerned about the ways which we ignore and overlook?

Look. If we are going to come up with a “biblical definition of marriage” we better make sure it is truly biblical.

And if we are not ready to truly define marriage biblically, then maybe we should just shut up and sit down and focus on the areas in our own life where we are missing the mark of God’s ideals.

The truth is that we have no business trying to impose our falsely fabricated morality on other people by claiming it is “biblical” when (1) it is not biblical and (2) when we don’t follow it ourselves.

So could I support a marriage amendment? Not really. Even if we defined marriage “biblically” such an amendment would never go anywhere because nearly all Christians are guilty of not having a biblical marriage. And furthermore, who are we to impose our biblical morality on others through the rule of law? Jesus never did this, and neither should we.

We function in this world the same way Jesus functioned.

We are ambassadors in a foreign nation, and we help others live according to the rules of our kingdom not by trying to impose our rules upon them, but simply by living among them and showing them a different way. A way of love, generosity, service, kindness, and peace. We do not condemn the activities of those around us, for they are living according to the morality and laws of their kingdom. That is fine for them. It is not our way, but we have no right to insist that our way becomes everybody’s way.

If we want to win people over to our way of living, we do it by the lives we live, not by trying to get this foreign government we live under to adopt the ways and rules of the Kingdom we represent.

And this means hanging out with them, going to their parties, and being friends with the people of this foreign kingdom. We must love and accept them just as they are. This was the way of Jesus, and it must be our way as well.