You are here: Home / z / The Prophetic Imagination 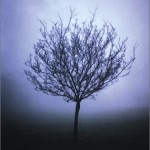 I keep of list of all the books I read in my 4000 books post,  but a book I finished yesterday struck a chord with me, and so I wanted to say a few things about it. The book is The Prophetic Imagination by Walter Brueggemann.

I think that if there is one thing the world needs today, it is prophets. Not the zany kind you get in some Pentecostal and Charismatic churches where apparently the goal is to connect Hotline in the business. 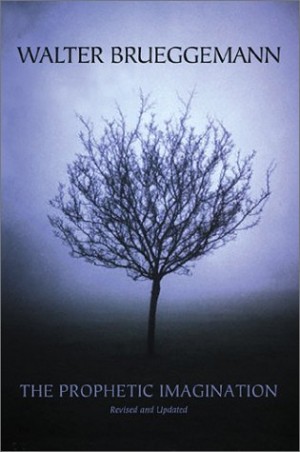 No, Bruggeman paints a portrait of the Biblical prophet as one who contends against the normal order of society and culture which has set itself up at the expense of the marginal, the outcast, the poor, and the weak. Bruggman calls this “the royal consciousness” but I think we could also refer to it as “the Powers that Be” and here in the United States goes by such names as “the multinational corporation” and “politics in Washington D. C.”

Bruggeman argues that the prophet does not contend against such entities with arms and use of force, but with the much more powerful weapon of imagination and creativity.

To make this point, he uses the examples of Moses against Pharaoh, Jeremiah against the Monarchy, and Jesus against the religion of Israel.

One of the things that so struck me about this book is that ever since I was in high school, every time I took one of those odd (and error-prone) “spiritual gift inventory” tests, I always came up with “Prophet” as my top spiritual gift.

When I was a pastor, and because I didn’t believe that prophets (the way I thought of them) were in use today, I interpreted this to mean that I was to proclaim or “forthtell” the Word of God, rather than foretell future events or predict the future.

Bruggeman has given me a window by which to look at the world and current events through the lens of prophetic imagination. Imagining a different world. A different way of doing things. A different order. A way of living and being that creates an alternative community to the methods of Pennsylvania Avenue, the antics of Hollywood Boulevard, and the religion of Main Street. Though this book was hard to read, it is going in my Burning Books list because it set my mind on fire.

The most encouraging element of the book for me was near the end. I have so many doubts, fears, and misgivings about the route in life I am currently traveling. But right at the end, Brueggemann wrote this:

Conflicted and anguished and uncertain about the path I’m on and the future I imagine certainly describes my mental state. But if Brueggemann is right, I will “imagine on,” and see where the rabbit hole leads.