You are here: Home / Putting Christ back in Kingdom 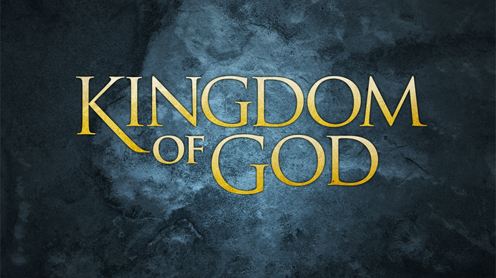 Luke 2:8-20 makes it obvious that while the Kingdom of Heaven is not of this world, it has nevertheless come into the world through the birth, life, and work of Jesus Christ. And though there are great debates about whether the Kingdom is already here or is primarily a future event, everyone can agree that in some sense, the Kingdom began with Jesus. And what, primarily, is the Kingdom supposed to accomplish? Luke 1 revealed many facets to the Jewish expectations that the kingdom would over overthrow the powers that be. It would upset rulers, dominions, powers, and authority.

But maybe not exactly in the way we think.

When we think of God overthrowing unrighteous rulers and abusive authorities, we think of God removing them from their position, and setting someone else up in their place of power. But Scripturally, it doesn’t seem to work that way. The Kingdom of Heaven is about restoring justice and reinstating the righteous reign of God on earth, not by replacing the rulers, but by using people other than rulers to bring about justice and righteousness.

Leave the rulers as they are, doing their thing. They have a place in God’s plan.

But don’t rely on them to do what we as citizens of the Kingdom of Heaven are supposed to be doing.

Luke 2:8-20 shows the beginning seeds of this plan. Though there were dozens of royal rulers and religious leaders within a few miles of Bethlehem, God chose to make the angelic proclamation to people without power, riches, and authority – to poor shepherds in the cold, dark, night.

The Backwards Kingdom of God

This shows that in the Kingdom of God, the place of priority is not with the rich and powerful, but with the dishonorable, the outcast, the uneducated, and the poor. This is the type of people who were first to hear about the birth of Jesus, welcome Him to this earth, and spread the news about Him. This is also the type of family into which Jesus was born. He was born into a poor family in a poor setting.

God’s greatest work in human history began in a ridiculous place. It began in an animal feeding trough in a backwoods town of a tiny, poor, insignificant country. It began with people that the rest of the world would ignore and overlook.

Where might God show his face in your life? Stop looking to the rich and powerful. Don’t go to the elite. Look where you would least expect to find God – among the nameless, overlooked, forsaken, poor, and forgotten. Maybe it is among the homeless, prison inmates, prostitutes, or drug-addicts that God is about to do His next great work.

This Christmas, look for someone who is overlooked and forgotten, then go be an angel to them. Who knows? Maybe once you touch their lives, they will go and make widely known the things they have seen and heard, and the whole world will marvel at what God is doing.

This post is based on the Grace Commentary for Luke 2:8-10.