You are here: Home / Render to Caesar 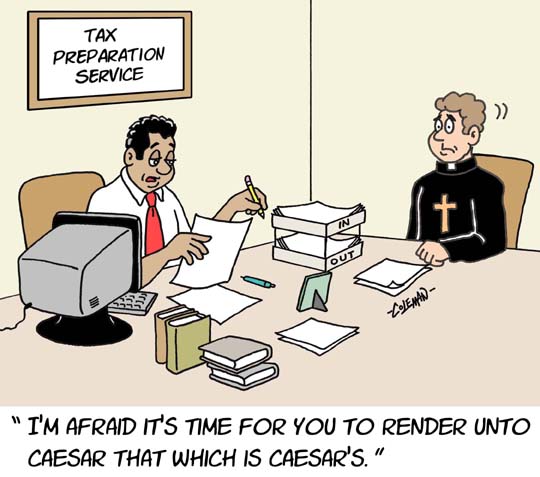 Matthew 22:21 is sometimes used to defend the practice of tithing. In response to a question about whether the Jews should pay taxes or not, Jesus says, “Render therefore to Caesar the things that are Caesar’s, and to God the things that are God’s.” It is sometimes taught that since in the first part of this verse Jesus affirms the responsibility to pay taxes to Caesar, the second part of the verse affirms the responsibility to pay “taxes” to God in the form of tithes.

This application, however, is not the best way of understanding what Jesus says.

Jesus is Faced with a Dilemma

The passage begins with the Pharisees wanting to tangle and entrap Jesus (Matt 22:15). So they send some of their disciples and some Herodians to ask Jesus a trick question (Matt 22:16).

These two groups represent two of the many factions within Israel at this time. The Pharisees were often sympathetic to the segment of Jewish people who wanted the Roman occupation of Israel to cease, and thought that no law should rule in Israel except God’s law as found in the Torah. The Herodians, however, were supporters of King Herod, who was a vassal king of the Roman Emperor. King Herod was placed into power by the Emperor, and was given numerous privileges in Israel as long as he upheld the peace and worked to maintain Roman governance over the region. As supporters of King Herod, the Herodians also received some of these privileges.

And now these two factions have come to Jesus to see which side He will take. They ask Jesus whether or not it is lawful to pay taxes to Caesar (Matt 22:16-17). If Jesus says it is not lawful, then He sides with the Pharisees and with the majority of the people of Israel. Many believed that paying taxes to Roman Emperor was idolatrous since he claimed to be god, and since the Roman Empire spent tax money on many things that the Jewish people considered to be evil. Of course, if Jesus sides with the Pharisees while the Herodians are there, then they will go back and tell King Herod what Jesus said, and the King would most likely have Jesus arrested for refusing to pay taxes and inciting rebellion among the people.

If, however, Jesus sided with the Herodians in saying that the people should pay taxes to Caesar, then this would be viewed by the religious leaders and the majority of the Jewish people as both idolatrous and traitorous, as it would be seen as placing Roman law above God’s law, and telling people to support the wicked and wasteful spending of the Roman Empire.

The Image of Caesar 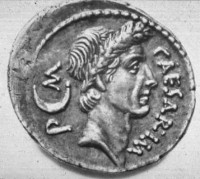 What does Jesus do? He asks for a denarius. The denarius was the amount of the tax in question, and in asking for the coin, Jesus begins to reveal some of the hypocrisy of the religious leaders. Some of the religious leaders taught that it was a sin to even carry such a coin, as it bore the image of Caesar, and was thus viewed as a graven image. Having such a coin was interpreted by some as breaking the second commandment (Exod 20:4). However, the passage is unclear about where the coin came from—maybe it came from the Herodians—and so this is not the main hypocrisy that Jesus is concerned with.

Upon being given the coin, Jesus asks whose image is on the coin, and they answer “Caesar’s.” It is then that He tells them, “Render therefore to Caesar the things that are Caesar’s, and to God the things that are God’s.” Some have tried to get around this by saying that Jesus’ answer was ambivalent about taxes. They understand Jesus to be saying, “Give to Caesar what he’s got coming” which is almost a veiled threat. But it seems best to understand the text at face value: Jesus does want people to pay taxes to Caesar. And if this is where Jesus had stopped,  Jesus would have essentially been throwing His support in with the Herodians.

The Image of God

But He does not stop. He goes on to say the people should give “to God the things that are God’s.” What are the “things” Jesus has in mind? Again, some think that since Jesus was just talking about paying taxes to Caesar, then Jesus must still have money in mind, and is now saying that people must also pay taxes to God, in the form of giving tithes to the temple. In this case, Jesus would be saying, “Pay taxes to Caesar, and tithes to God, and in this way, obey both the laws of man and of God.”

Jesus means something else, however. He is not talking about tithing at all. No, Jesus clearly drew a connection between the image that was on the coin, and His answer that since Caesar’s image was on the coin, it must belong to Caesar. So when Jesus talking about giving to God what belongs to God, the question that people are to ask is, “If things that bear Caesar’s image belong to Caesar, then God must get those things that bear God’s image.” And what is it that bears the image of God? We do. Humans bear the image of God.

The Greek word Jesus uses for “image” in Matthew 22:20 (Gk., eikōn), is the same word used for “image” in the Greek translation of Genesis 1:26 when God says, “Let us make man in our image.”

So when Jesus says, “Give to God what is God’s” He is not talking about money at all, but about giving ourselves to God. And this really is the point of Jesus. The Pharisees were so concerned that giving a coin to Caesar might somehow be a form of idolatry or breaking God’s law. Jesus’ solution is to go ahead and give Caesar his money, if that is what he wants. God doesn’t want our money; He wants us.

Caesar can have his little piece of metal with his image stamped on it, for God has stamped His image upon what He wants: us.