You are here: Home / The Rich Young Ruler

When a rich, young ruler comes to Jesus to ask how to inherit eternal life, Jesus tells him that he must sell all he has and give the money to the poor (Luke 18:18-23). Despite how this passage is sometimes used in sermons and books as an attempt to get the rich to give more money to the church, the point of this passage actually lies elsewhere. 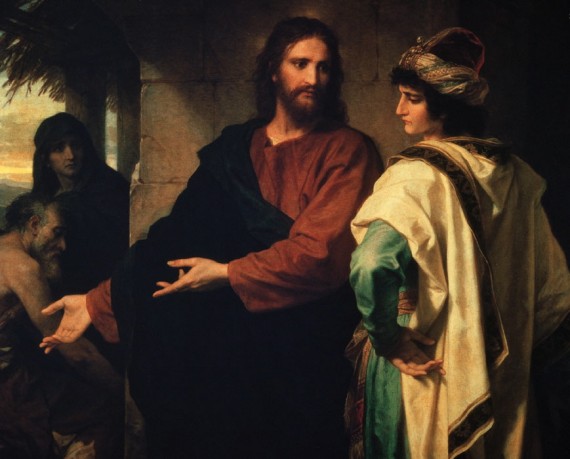 In Jewish ways of thinking, much like today, money and wealth was a sign of God’s grace and blessing. The Mosaic Law promised that if a person obeyed God and followed the Covenant, then God would bless them with land, crops, cattle, peace, prosperity, and health (Deut 28:1-14). If, however, someone did not have all these things, then it was a sign that they (or their ancestors) were sinful and had rebelled against God, and so God was punishing them (Deut 28:15-68).

So when Jesus told the rich man to keep the entire law, it seems arrogant and preposterous to us today for the man to respond as he did, that he had kept the entire law since he was a boy. But from a Jewish perspective, the evidence was clear: Look how rich he was! God’s grace was irrefutably upon him. Again, this is much like today in our churches. We tend to believe that if a church become large and wealthy, it is evidence that God’s grace is upon them, and they must be doing most things right. After all, look how much God has blessed them!

It is only after the man claims to have kept the whole law that Jesus turns the tables on him. He tells the rich young ruler to sell all he has and give the money to the poor. Jesus is not really concerned with what the man does with his wealth. Though this is the way this passage is often taught, it is not the point of Jesus. Instead, Jesus is concerned with how the man views himself as a result of his wealth, and how he views the poor as a result of their lack of wealth.

The man viewed his wealth as evidence of God’s grace upon him, and viewed the lack of wealth among the poor as evidence that they were rebellious sinners. By telling the man to give all his wealth to the poor, Jesus was essentially telling him to give up all his evidence of God’s love and grace, and give all that evidence of love and grace to those who the man considered to be wicked and rebellious. And the man himself, now that he was penniless, would be viewed by others as being under the judgment and condemnation of God.

Is Wealth an Evidence of God’s Grace?

This is why the man went away sad. He did not want to give up the evidence of God’s grace upon him, especially not to those whom he felt were undeserving.  Jesus was trying to point out to the rich young ruler that in God’s economy, all are blessed, all are welcome, all are accepted. The rich and the poor alike. Those whom we think are within the grace of God, and those we judge as being without. 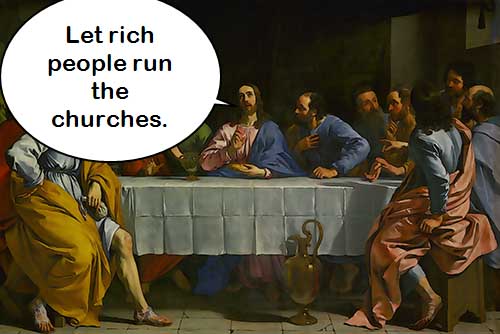 Though we may deny it, many Christians do in fact feel that God blesses obedience with riches and wealth, and He disciplines the disobedient with poverty.

Henry Ward Beecher, one of the most popular preachers of his day, was quite in line with Protestant thought when he declared, “Looking comprehensively through city and town and village and country, the general truth will stand, that no man in this land suffers from poverty unless it be more than his fault—unless it be his sin.” It is little wonder that in 1874 Beecher could say, without embarrassment, “Our churches are largely for the mutual insurance of prosperous families, and not for the upbuilding of the great underclass of humanity.” In the same year, the Rev. Charles Wood with similar indifference, observed, “The poor are not provided for, nor are they wanted as part of the congregations which worship in the majority of our city churches.” (from Philip J. Lee, Against the Protestant Gnostics

Many churches view their buildings, possessions, and prestige in the community the same way this rich young ruler viewed his vast wealth. They see their riches as a sign of God’s grace and blessing upon them. If they give such things away to the poor, there will be nothing left to provide evidence of God’s grace.

Tomorrow we will look at how Jesus wanted the Rich Young Ruler (and churches today) to view wealth and possessions.