You are here: Home / Satan seeks only to Destroy 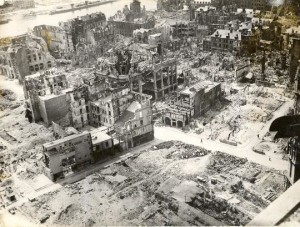 Another explanation for why bad things happen in this world is that Satan is seeking to destroy the things of God.

Satan knows that it is we whom God loves, that it is we whom God created this world for, and it is we with whom God seeks to have fellowship and relationship. So as an attack on God, Satan seeks to attack and destroy us. He does this through a variety of means. Sometimes Satan accuses us, condemns us, and brings charges against us before God, demanding that justice be served (Rev 12:10). Satan is the ultimate legalist and seeks to destroy our lives by demanding that the punishment required by the law be brought down upon our heads.

Aside from seeking our destruction through a legalistic application of the law of God, Satan also uses his power and influence in this world to create chaos and conflict, inspire hatred and hostility, and instigate violence and bloodshed. All the wars, murders, rapes, and abuse in the world have been influenced by Satanic forces in some way or another. Certainly, much of the blame for these things lie at the feet of mankind, but Satan encourages these destructive behaviors and fans the flames of proud and arrogant men arguing over land, possessions, privilege, and power. Satan seeks only to destroy . War, bloodshed, and fighting are among his favorite methods. 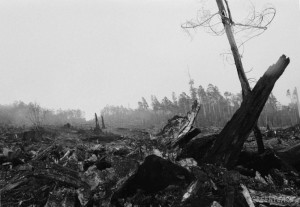 When possible, Satan also uses natural forces to cause death and destruction. It is not likely that Satan can control the weather, or cause earthquakes, hurricanes, and famines, but Satan certainly knows more about the conditions and requirements for such natural disasters to occur, and does what he can to tempt mankind and encourage natural forces toward these destructive storms and natural disasters that are often unleashed upon us.

Satan is Allowed to Kill Humans

Finally, there are certain times, places, and events where it seems that Satanic forces are allowed to directly touch and destroy human lives. Ideally, this would probably be Satan’s preferred method for causing death and destruction, by simply killing humans and taking their lives. If given free reign upon humanity, this is what he would do in an instant, but thankfully, God restricts the destroyer from fulfilling such desires. But sometimes, when a person or group has been drawn so far down the path of sin, they effectively remove themselves from the protective hand of God. When this happens, sin, death, and destruction are allowed to have their way with that person or group of people.

The very fact that the sun rises every morning, and we are not killed this very instant is because of God’s good graces. Of course, it is not He who is holding Himself back from killing us all, but rather, He holds back Satan from doing what he does best: to kill and destroy (John 10:10; 1 Pet 5:8). One of God’s primary tasks in the world is holding back and restricting Satan from obliterating humanity. If God were not actively blocking Satan at all times, the entire world would crumble into destruction and decay almost immediately.