You are here: Home / Sin is Not Imputed Where There is No Law 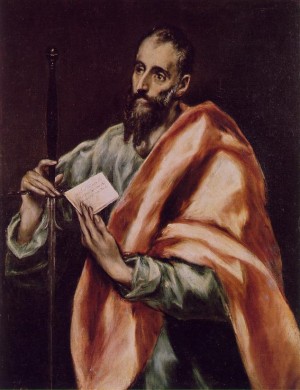 Have you ever wondered what Paul meant when he said that “sin is not imputed where there is no law”? (Rom 5:13). You are not alone. A reader recently emailed in this Bible and theology question:

What’s your interpretation of Romans 5:13?”

The question is short and sweet and to the point! People occasionally send me Bible questions or Theology questions, and I usually try to respond via email, and post my answer here on the blog for anybody else who might have a similar question.

Here is how I responded to this question about Romans 5:13.

By way of disclaimer, I have not done an in-depth study of Romans or of this verse in particular. Eventually (10 or 20 years from now), I will write a commentary on Romans, but there are numerous commentaries I need to write first, before I have the courage to tackle Romans.

Until then, here is my current view.

In the surrounding context (Rom 3:23; 6:23) Paul is explaining to his readers that the reason death reigns over all people is because all people have sinned. In other words, the consequence of breaking God’s law is death.

But there is a minor problem with Paul’s argument. Everybody knows that Adam broke God’s command to not eat from the Tree of the Knowledge of Good and Evil, so that explains why Adam died. And everybody knows that after God gave His Law to Moses on Mount Sinai, every single person on earth has broken the Law of God in one way or another (Rom 3:9-23).

But what about the time between Adam and Moses? God had not given any commands to those people. There was no written or spoken Law of God for them to break. Therefore, they couldn’t have broken any of God’s Laws because for them, there was no law.

And yet they still died. Why?

Paul attempts to explain why in Romans 5:13 and the surrounding verses.

His basic argument seems to be that although the people from Adam to Moses did not sin by breaking a command (as Adam did), they still suffered the consequences of sin (death). Why? Because in Adam, all sinned. Sin (and therefore death) passed down from Adam to all people (Rom 5:12).

That is the basic point of Romans 5:13, but let me explain it in more detail because there is something extremely profound in what Paul goes on to say.

Sin is Not Imputed

First, part of the problem in Romans 5:13 is the poor decision by some Bible translators to use the word “imputed.” The word Paul uses (ellogeo) is not the same word for “imputed” in other contexts (logizomai; Rom 4:11, 23-24). The only other place in the New Testament that ellogeo is used is Philemon 18 where Paul instructs Philemon to “charge” to Paul’s account anything that Philemon might owe. 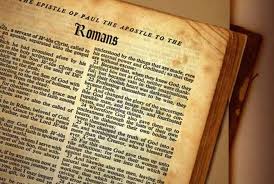 In using ellogeo in Romans 5:13, Paul is saying that where there is no law, people cannot be charged with breaking it.

That is what Paul is saying in Romans 5:13 — People from Adam to Moses were not charged with breaking God’s Law. The reason they cannot be charged is because during that time, there was no law to break! Sin is not imputed, or sin is not charged, where there is no law.

But did people still sin? Of course they did.

They went against their conscience (which Paul talked about in Rom 1:18-32) and they most likely broke some of the laws of whatever government they were living under (Rom 13:1-7). But they did not sin in the same way Adam did by breaking a stated law of God, or the way that people who lived after Moses did, who also broke God’s stated laws. And God’s law is not retroactive either.

So Romans 5:13 does not mean that people did not sin. They did. But they did not break the Law of Moses, for it had not yet been given, nor did they break any written or spoken Law of God, for none had yet been given. But Paul’s point in the surrounding context is that these people still died, because sin and death passed down to all people from Adam (Rom 5:14).

No Longer any Imputed Sin

But here is where it gets crazy. In fact, after I say this, you might think I’m a heretic… Of course, the rest of this is highly speculative for me right now. I could be persuaded that I am wrong. So take the following with a grain of salt (or a cup of salt).

Paul goes on to say in Romans 5:15-21 that what happened in the sin of Adam was reversed by Jesus Christ. Jesus undid what Adam did. Jesus fixed what Adam broke.

Though sin passed from Adam to all people, I believe that this passage of sin stopped with Jesus Christ. How? Well, that is partly what Paul is explaining in Romans, but he talks about it elsewhere as well (cf. 2 Cor 5:21). Jesus became sin. He took on sin. He has cleansed the world of all sin. Yes, all people.

No, I do not believe in universal salvation. I am not a universalist.

I do not believe that people receive eternal life by having their sins forgiven. I believe that all sins, past, present, and future, of all people have already been done away with in Jesus Christ, through His death, burial, and resurrection. There is no longer any “sin issue” with God. He has been propitiated, satisfied, or whatever other theological term you want to use. Sin is not what keeps people out of heaven, for sin has been done away with. Today, sin is not imputed because Jesus has done away with sin.

The reason that not all people become children of God is because they do not have life. God’s life in us is the issue; not sin. We receive God’s life (also called eternal life) by believing in Jesus for it. This is what He promises (John 3:16; 5:24; 6:47, etc.). 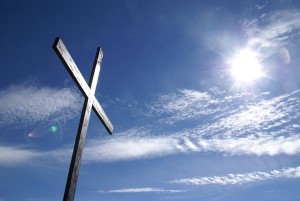 So what keeps people out of God’s family? What causes eternal separation from God? Not sin, for that has been done away with in Jesus Christ. Instead, people do not join God’s family and end up separated eternally from God because they never received God’s life through faith in Jesus.

In many ways, we are somewhat like the people who lived during the time from Adam to Moses. Sin is not imputed to us because Jesus has fulfilled the law and done away with sin. But like the people who lived from Adam to Moses, we still die. They died because sin and death did pass down to them from Adam. But what about us? If Jesus did away with sin, why do we die?

What About our Death?

One of the objections to this view is that although Jesus might have taken care of the sin issue on the cross, we all still die. Isn’t that proof that sin has not been taken care of? After all, wasn’t that Paul’s whole point?

Yes, this was Paul’s point, and he also is aware of this question, which is why he goes on in chapters 6-8 to explain what God has done about the death. I don’t have time or space to launch into that discussion, except to say that although Jesus has done away with the sin issue before God, there are still natural consequences of sin, and one of them is physical death. Though sin has been taken care of, our bodies still bear the marks and corruption of sin, and the only way to stop this from happening is to get new bodies, which will happen at the resurrection. But of course, if we understand Jesus and Paul correctly, death is not death for believer, but just another stage in our ongoing experience of the eternal life we have received from God.

Well, I hope I didn’t confuse (or concern) you too much.

What do you think of this explanation of Romans 5:13? Is it similar or different to your own views? Have you read this idea elsewhere?