You are here: Home / Sometimes Death is Merciful

In this series of proposals for how to understand the violence of God in the Old Testament, there is one final view which may possibly be true, even if it is nearly impossible to believe.

This view is that although the portrayals of divine violence in Scripture appear to be harsh and cruel, they are in fact just and merciful. Though initially this view seems to be similar to the first view, that God is God and so can do anything He wants, this view is different enough that it deserves mentioning.

Essentially, this view takes quite seriously the portions of Scripture which portray some groups of humans as having become “only evil continually” (cf. Gen 6:5). In modern Western civilization, we often have very little concept of how cruel people can truly become. Believe it or not, our laws and our governments do a pretty good job of restricting wickedness and keeping evil people off of the streets and out of our neighborhoods. But this has not always been true of all countries throughout time, nor is it true for all areas of our globe even now.

Imagine a society where every person aspires to be like Joseph Kony of the Lord’s Resistance Army. It is estimated that Kony has abducted over 30,000 young boys into his army, and many stories report that to prepare these boys for the life they will lead in his army, one of the things Kony forces these young boys to do as “initiation” into his army is to have them brutally murder their own family members. Needless to say, with a beginning like this, the young boys often grow up to be thieves, rapists, and murderers of the worst kind. The United Nations has estimates that over 200,000 young girls and women have been raped in Congo during the past 15 years by members of the LRA.

Now, imagine a whole city filled with men like Joseph Kony. Since childbirth, each person in this city had been trained that the only way to survive was to be crueler than everybody else. That the only way to live for another day was to offer your daughters up to be raped by the warlords and your sons to be conscripted into their horrific army. If you ever refused, your daughters would be raped while you watched and your sons killed, before you yourself were tortured in the worst ways imaginable.

Do not think that it is impossible. Many of the movies that are made today are little more than outlets for the violence that resides in men’s hearts. Movies such as Saw, Seven, and The Collection reveal some of the depths to which the evil in men’s hearts can go. And these are “just movies.” For far too many people in cultures and eras of the past, the sort of horror depicted in these movies is not just imagination, but was a daily reality. This is true for many people in our day as well. 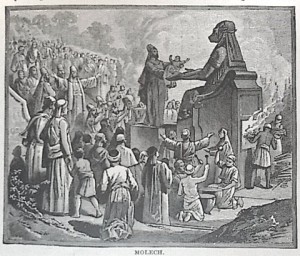 If mothers today can sell their grade-school daughters into prostitution, why couldn’t this sort of thing have happened five thousand years ago in Canaan as well? Can you imagine the living hell a five year old prostitute faces every single day? We also know that parents regularly offered up their infants to the god Molech. Molech had two large metal hands, held out in front of him to receive offerings. Prior to the offering, the priests of Molech would build a giant bonfire under the hands of Molech, until his hands glowed bright red. Only then were the parents allowed to place their living and naked baby into Molech’s hands, where it would die a screaming, agonizing death.

Many of the societies of the past were just as gruesomely violent. It is a fact that cultures such as the Amalekites, Canaanites, and Assyrians (and other cultures that are not mentioned in the Bible such as the Mayan, Inca, and Aztec civilizations) engaged in horrific and nightmarish practices against both enemies and their own people. Incest, bestiality, orgiastic religious prostitution, child sacrifice, horrific torture, blood rituals, gang rape, cannibalism, and countless other dreadful activities were common occurrences.

These sorts of descriptions could go on and on, but the point is this: Is it possible that in a civilization full of men like Jospeh Kony, Charles Manson, Jeffery Dahmer, Pol Pot, and Anders Breivik, it is actually merciful to kill everybody, including women and children? Could it be that there were some in these societies who were praying for death to come, and God mercifully answered their prayers by sending the Israelite army? 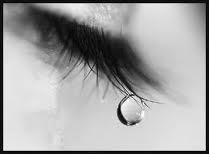 We must admit that it is possible. If you were being brutally tortured and gang raped every single day, would you not consider death a merciful release? There are some forms of living where death is better than life. And it would be more than justice in those sorts of cultures for all the adults to die for allowing such things to happen to the children, and furthermore, it could be construed as merciful to put the tortured children out of their misery.

Essentially then, this view states that in the face of great evil (so great we cannot hardly imagine it!) death is the righteous penalty for those who commit the wickedness and it is merciful for their victims.

I find this view compelling for it allows us to retain the historical accuracy of all of Scripture while at the same time, maintaining a view of the violence of God in the Old Testament which fits with the love and mercy shown in Jesus Christ. Part of the problem that many modern Westerners have with this view is that we rarely see or recognize how depraved and evil people can become. Shooting up a theater at a midnight showing of The Dark Night Rises is about the greatest evil we face. But this is little more than a scratch on the surface of the great evil to which people are capable, and I believe that it is these sorts of public tragedies that keep our eyes averted from the truly horrific crimes that are being committed every day in the basements and back alleys of our own cities. If you ever see such evil, you will admit that sometimes, death is merciful.

Yet there is one main problem with this view: It falls prey to the myth of redemptive violence. One of the oldest lies of the world is that evil and violence is best overcome and defeated by violence. We see evil things going on in the world, and our first instinct is to gather our guns and our bombs to go kill the people who are doing such terrible things.

Clearly, the desire to stop evil is good and noble. Resistance to evil is good and godly. The problem, however, is that using violence to fight violence results not only in more violence, but usually always results in greater evil as well. History shows time and time again that when violence is used to stop evil, the ones committing the violence often become just as evil (or worse) than the evil they were trying to stop. Nevertheless, we continue to resort to violence as the only way of restoring justice and peace upon the world.

Each advancing army believes that their cause is just and that when they emerge victorious from the battlefield, righteousness and peace will reign once again. They believe that through violence, they can stop violence. The pervasiveness of this idea is seen in nearly every book and movie. Even most cartoons and children’s books are based on the myth that violence must be used to defeat violence.

But it never works. It is a myth. When violence is used to defeat evil, it only results in more violence and evil.
If this is universally true, then it would seem that it should hold true for God as well. And indeed, when Jesus revealed the Father to us, His clear and consistent message was that war, violence, and rebellion was not the way to accomplish the will of God on earth. If we learn anything about God from Jesus, it is that God does not commit violence, even to stop evil. Evil must be resisted, but not with violence, for even divine violence would result only in greater evil.