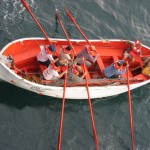 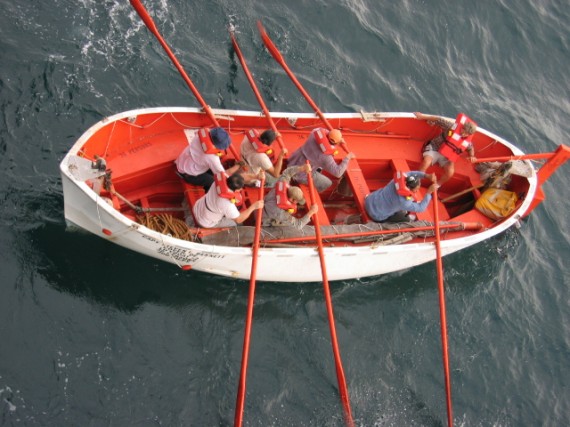 Like Steve Taylor’s song “Baby Doe,” the song “Lifeboat” was written and performed in the 1980’s, and prophetically warns us about the direction our culture was headed. In the case of “Lifeboat” he calls out the warning about something that was being taught to many of our grade school children in public schools around the country, namely, values clarification.

It goes by other terms as well, such as situational ethics, or moral relativism. Such ideas are still being taught, but primarily at the college and university  level. The idea is to take something we all know to be wrong, and then put it in another context where it does not appear to be wrong at all. The exercise is supposed to teach us tolerance and respect for the values and practices of other people and cultures, and also to see that sometimes, bad thigns must be done for the good of everybody else.

But when taken to extreme, such ideas lead to disastrous results.

In “Lifeboat” Steve Taylor uses the powerful prophetic tool of satire too point out the danger of values clarification.

Also, don’t forget that this song is from the 80’s, and the video quality reflect that. Furthermore, this is one of Steve Taylor’s “songs” that he speaks, rather than sings. It is a unique style, but helps make the point.

Oh, and doesn’t Steve look good in a dress?

This game is called lifeboat, all together.

I’ll list the five people on the chalkboard,
And you, class, will decide
Which three will be thrown overboard, are we ready?

It means they can never be a productive members of society.

Third, there’s an overweight woman on welfare,
With a sniffling, whimpering baby.

Is the baby on welfare, too?

Who else is in the boat?

A young, white doctor with blue eyes and perfect teeth and Joan Collins.

Very good! That was fun, wasn’t it?

For our next lesson, we’re going to do an experiment.

We’re going to test the law of gravity, just like Galileo.
By dropping two objects out the window,
One heavy and one light,
To test which one hits the sidewalk first.

Now what shall we use for the lighter object?
I’m thinking of something small and square.

Good, and what shall we use for the heavy object?
I’m thinking of something round and bouncy.

Tommy, I haven’t given you permission to leave your seat.
Class, class the bell has not rung.
What are you? Class! Put me down! Class, put me down this instant!
What? What are you?