You are here: Home / Stop Being Heterosexual

I am a “straight” heterosexual male.

I don’t really have an opinion on whether homosexuality is genetic or a choice.

One thing I am quite sure of, however, is that since I am straight, I could never “choose” to be gay. Therefore Amy’s answer to this Christian mother about her gay son is quite good: 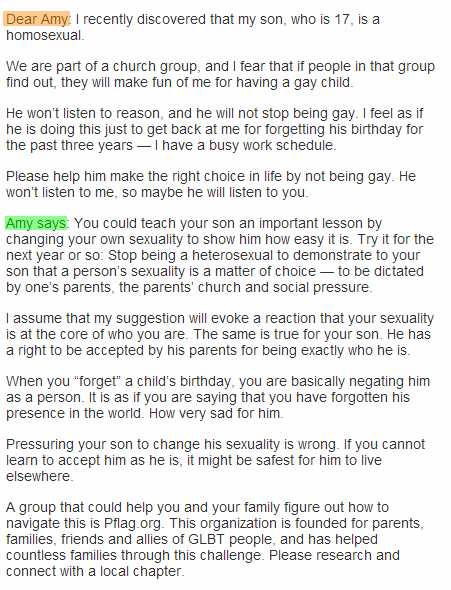 I don’t know what your opinions are about LGBT people. But let me encourage you to follow Amy’s advice. If you cannot change who you are attracted to, don’t ask LGBT people to do it either.

Of course, I think there may be a difference between having certain desires and acting up on them, but that is a different subject altogether…