You are here: Home / The Pursuit of Happiness 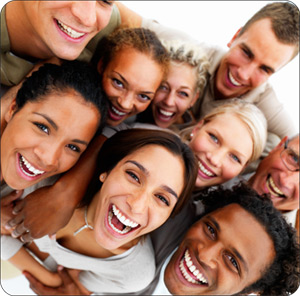 When the founding fathers wrote about the pursuit of happiness, they had something else in mind than what is often thought of today.

When the founding fathers wrote about the pursuit of happiness in the Declaration of Independence, they had in mind the idea that governments should follow the example of God in respecting individuals to make their own decisions, and treat everyone equally and fairly under the law. As long as a citizen lived their life in such a manner, they could reasonably expect to receive no interference from the government and, if their plans were successful, would achieve the dreams and goals they had for their life.

I am not certain that this idea is exactly found in Scripture, but regardless of what the original founders thought about the pursuit of happiness, and whether or not it is actually taught in Scripture, the pursuit today is not so much happiness, but pleasure or personal fulfillment, even when such things come at the expense of others. The pursuit of happiness and personal pleasure is nothing short of hedonism (see The Myth of a Christian Nation,

Many Christians have bought into this sort of thinking and living today, and make decisions, not based on what Scripture teaches, on what is right or wrong, or on how their decision will affect other people, but based solely on whether or not it will make them personally happy.

One of the more frequent sentences heard in pastoral counseling situations is “God wants me to be happy, right?” Husbands give this as a reason for divorcing their wife for another woman, college kids use it as an explanation for taking drugs or sleeping around, and businessmen use it to defend greed, lavish vacations, and shady corporate ethics.

The Scripture does talk about happiness, but it is a happiness derived from obeying God and serving others, even when such things result in personal pain, suffering, and even death. Jesus, as in all things, is the perfect example. We cannot say that Jesus was unhappy, as He was probably the most perfectly joyous and fulfilled person the world has ever seen.

Yet by modern definitions, Jesus certainly was not too intent on pursuing pleasure or fulfilling His own needs at the expense of others. Quite to the contrary, the entirety of Jesus’ birth, life, and death, was full of humility, pain, suffering, tragedy, and self-sacrifice—all for the sake of others.

If we are going to live out the Gospel, we must give up our right to pursue our own personal definition of happiness, and instead put the needs and rights of others first, seeking to love and serve them.