You are here: Home / Redeeming Theology / Tithe or Die!

When we read about the early church and how they handled money, one of the first examples we come to, and also the most famous, is the account in Acts 4:32-5:11. The text begins by stating that nobody in the community was in need because those who had more shared with those who had less.One example is given where a man named Barnabas sells some of his property and gives the money to the apostles who then distribute it to those within the church who had need (Acts 4:32-37).

Following this, in Acts 5, we read about a husband and wife in the church named Ananias and Sapphira, who decide to do something similar. They also sell some of their possessions, with the intention of giving the proceeds to the church. But when they receive the money, rather than give everything, they only gave part of the proceeds. However, they tell the apostles and the rest of the church that they had given everything. As a result, both of them are struck dead by the Holy Spirit (Acts 5:1-11). 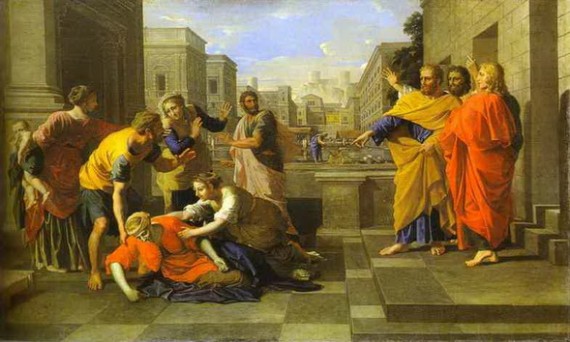 The Sin of Ananias and Sapphira

It is worth being reminded that the sin of Ananias and Sapphira was not in their failure to give everything they are earned, but in lying to the church (and to God) about giving everything they had earned. We must not read into this passage anything about a requirement to give 100% of our profit to the church. There is no “Tithe or Die!” teaching in Scripture.

To the contrary, Ananias and Sapphira did not have to give any of their profit to the church if they did not want to. It would have been perfectly legitimate for them to have sold their possessions and kept 100% of the money for themselves.

But they had seen how much praise and honor Barnabas received when he sold his property and gave the money to help those in need, and apparently wanted to get similar praise and honor for themselves. This was the wrong motive for giving, and then on top of it, they lied about how much they had received in the sale, and how much they were giving to the church.

The Early Church and Money

It is also worth noting what the early church was doing with the money they received from those who so generously gave to the church. The context indicates that the money went to provide for anyone who had need (Acts 2:45-56; 4:32-35; 6:1). By all appearances, there were no buildings or paid staff or expensive programs. The money collected from those who had excess went to support the daily needs of those who had less.

I am not saying that this is what must be done today, or that how churches spend their money today is necessarily wrong. All I am arguing here is the idea that in the early church, tithing was not required or demanded, but those who had more were encouraged to freely and generously give to those who had less.

This sounds a lot like “redistributing the wealth,” doesn’t it? But it isn’t. In a future post we will look at why not.