You are here: Home / Troubled Translations of Genesis 6:13 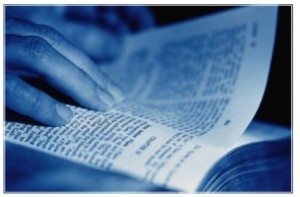 When I first sat down to study and research the flood account through the lens of Jesus Christ, I initially thought that the key to this text was found in faulty English translations.

We must admit that the vast majority of Bible translators hold a view of God in which He is angry about sin and violent toward humanity as a result. As such, they often translate texts to reveal this theological bias, even if the text as originally written does not. I initially thought that the account of the flood was a perfect illustration of this bias.

For example, according to many translations, the first part of Genesis 6:13 says that because God saw the great evil and violence that was upon the earth, God decided or determined that He would destroy everything living upon it. Here are three sample translations which show this perspective:

So God said to Noah, “I am going to put an end to all people, for the earth is filled with violence because of them…” (NIV).

And God said to Noah, “I have determined to make an end of all flesh; for the earth is filled with violence through them…” (RSV).

So God said to Noah, “I have decided to destroy all living creatures, for they have filled the earth with violence…” (NLT).

As can be seen from these two translations, the text seems to indicate that as a result of violence in the world, God decided or determined to send some violence of His own, and wipe out every living thing.

But a brief look at a few other English translations shows that another way of reading the text is possible:

And God said to Noah, “The end of all flesh has come before Me, for the earth is filled with violence through them…” (NKJ).

And God said unto Noah, “The end of all flesh is come before me; for the earth is filled with violence through them…” (KJV).

Then God said to Noah, “The end of all flesh has come before Me; for the earth is filled with violence because of them…” (NAS). 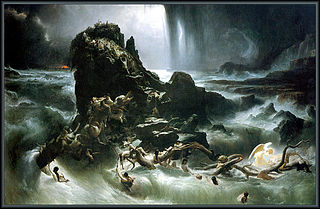 Though slightly different terminology is used, the imagery of Genesis 6:1-13 is echoed in many ways by Job 1:1-12. In both cases there are “sons of God” who are seen in some way to be antagonistic toward mankind (Genesis 6:1-2; Job 1:6). There is also in both accounts a blameless and righteous man who feared God and shunned evil (Genesis 6:9; Job 1:1). And in both cases, an evil power comes into the presence of God, seeking to kill and destroy (Genesis 6:13; Job 1:6, 12).

We will look at Job in more detail in later posts, but we mention it here just to show the parallels. It is the destroyer who seeks to destroy; not God. God seeks to rescue, redeemed, and deliver. We will see how God does this in Job, but we are already seeing it here in Genesis 6 as well. Due to the violence that was on the earth, God saw that all that was on the earth was about to be destroyed. The end of all flesh came into His presence.

There is a vast difference between deciding to send destruction and seeing that destruction will come. If I see a car spinning out of control down a street toward a crowd of pedestrians, and I shout out a warning to them, this is very different than somehow being the one who sends the car spinning out of control toward that crowd of pedestrians. So also with God and the flood. He saw that destruction was coming because of the violence on the earth. The text is quite clear that “the violence of ‘all flesh’ is the reason for the disaster.” (Fretheim, Creation Untamed, 52). This is the best and most literal way of understanding the first part of Genesis 6:13.

But although there are various ways of translating the first part of Genesis 6:13, we do not have this flexibility with the second half of the verse, where God says, “I will destroy them with the earth”? Almost all English translations agree on this part of the text and there is no way of translating it much differently. Furthermore, Genesis 6:7 and 6:17 reiterate this point even more clearly:

So the Lord said, “I will destroy man whom I have created from the face of the earth, both man and beast, creeping thing and birds of the air, for I am sorry that I have made them” (Genesis 6:7).

“And behold, I Myself am bringing floodwaters on the earth, to destroy from under heaven all flesh in which is the breath of life; everything that is on the earth shall die” (Genesis 6:17).

And when the flood actually does come upon the earth, the text pretty clearly states that God destroyed all living things that were on the earth (Genesis 7:23). Though I spent hours researching each word and the few textual variants within these verses, I could discover no realistic way of translating these passages to say much of anything different than what is found in the majority of our modern English translations.

So my initial attempt at finding an alternative explanation for the troubling texts in the flood led nowhere. Overall, the English translations of this account do a pretty good job representing what the original Hebrew says. The surface reading of these texts clearly indicate that it is God Himself who sent the flood waters to destroy all life on earth. So I guess all those Hebrew scholars can be trusted after all! Ha! So I guess I’m not this guy (not today, any way): 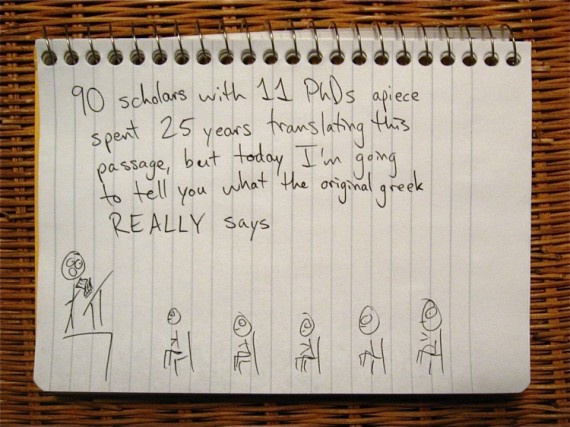